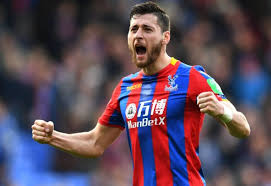 Joel Ward has explained what makes Premier League leaders Liverpool so difficult to play against. Jurgen Klopp’s Reds won the title after Manchester City’s loss to Chelsea last night. And Palace defender Ward has highlighted why Liverpool are currently the best team in the country, with the Reds becoming the premier league winners with seven games remaining in the season.

Joel Ward said “It’s a tough one, obviously we know what they can do and what they have done throughout the whole season. They pressurise teams from the front and don’t give them an easy ride, and that’s what they have done [against us], It is very difficult. It is difficult enough to beat their press and to have that composure to get on the ball and get two or three passes, but they all go together and it is difficult to get out and get the ball up the pitch. It is what they have done all season and what they have worked on. We have to learn from it and find a way to beat the press. It is the Premier League, you will always get results like this, There are hot spells and there are times when you get knocked on the chin, but it is how you recover from that and we have the opportunity to go again on Monday against Burnley and put things right, and there’s no reason why we can’t continue the form that we have been in.. This was difficult against the best team in the country at the moment. It was tough and we have to learn from it, but it doesn’t need to stop us from kicking on and climbing the league.”

#premierleaguestories – Its Official!! Liverpool are 2019/2020 #PL Champions #LFC
#PremierLeagueStories – #RoyHodgson provides updates on his injury ravaged Crystal Palace side and hopeful of #WilfredZaha being back soon #CPFC
We use cookies on our website to give you the most relevant experience by remembering your preferences and repeat visits. By clicking “Accept”, you consent to the use of ALL the cookies.
Do not sell my personal information.
Cookie settingsACCEPT
Privacy & Cookies Policy