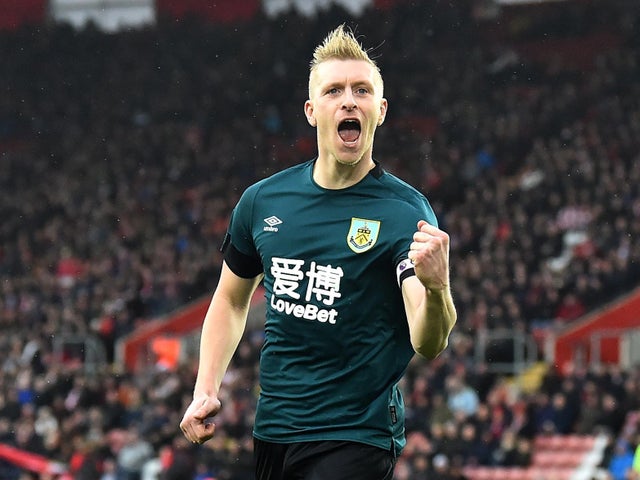 Burnley captain Ben Mee has expressed his disgust at a plane flown over the Clarets’ game against Manchester City displaying a banner with the message ‘white lives matter Burnley’. It came as the players took a knee in support of the Black Lives Matter movement, as has been the case at games since the Premier League restarted last week. The Clarets went on to lose the game 5-0 at the Etihad Stadium but that was almost immaterial for Mee, such was his anger at the incident carried out by a “small number” of fans.

Ben Mee said “It was a tough night, We can talk about football but there’s something else I want to speak about first, the aeroplane that went over at the beginning of the game. I’m ashamed, I’m embarrassed, that a small number of our fans have decided to put that around the stadium. They’ve completely missed the point. There’s a group of lads in there who are embarrassed to see that – it’s not what we’re about at all. They’ve missed the point of the whole thing we’re trying to achieve. These people need to come into the 21st century and educate themselves as a lot of us do. It does not represent what we’re about, what the club’s about, what the players are about and what the majority of the fans are about for sure. It’s a small minority of people and I’m really upset that it happened. Literally as we were coming out we heard some whispers it was going to happen, The club tried to stop it. I’ve heard it’s a small number of people that have arranged this and I hope it doesn’t happen again. I’m ashamed and I’m upset that it’s associated with our club, with my club, it’s not what we want to see in our game.”