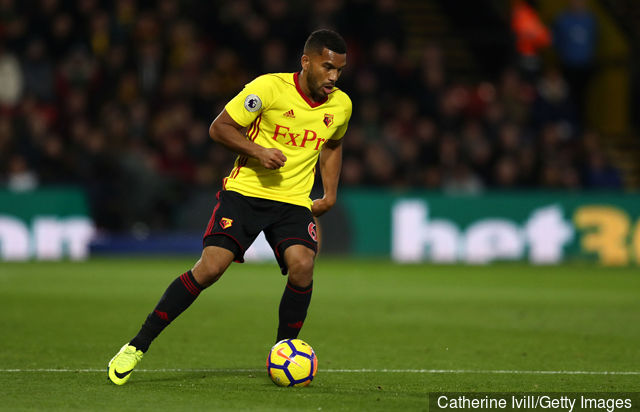 Adrian Mariappa has said he had no concerns about Watford’s ability to keep themselves in the Premier League, even after they started the season with an 11 game winless streak. The Hornets have since turned things around somewhat and hauled themselves out of the bottom three, even after finding themselves nine points adrift at their lowest point of the season. With nine games still remaining, the job is not yet done, but Mariappa believes there is enough quality in the side to see the task through to the end.

Adrian Mariappa said “There’s no doubt in my mind, I didn’t have any doubts when we hadn’t won a game earlier in the season and I always had faith that we’d turn it around, I’ve got the upmost belief and faith in the boys, obviously I see what we’re doing every day and I know we’re up for the fight, it’s as simple as that. We’re fully focused on the job at hand. I’m really enjoying my football under Nigel, I think it’s evident to see how he’s turned our season around and I’ve got a lot of respect for him and the staff and the way we’re approaching things now. For me now it’s just about concentrating on these remaining games and then hopefully I can sit down after we’ve stayed up and I can sign on for even longer,  Because I’m fully focused on trying to achieve all I can with this club, and I want to be here as long as I can. That’s always been my aim. Internationally I’d still like to play at a World Cup as well. I know I’m not getting any younger but that’s a big focus of mine and we’ve got a great opportunity with Jamaica to do that.”

#PremierLeagueStories – #GaryNeville picks #AlissonBecker as his Liverpool’s Player of the season #LFC
#PremierLeagueStories – Wolves Speedstar #AdamaTraore reveals that he has been working to become even faster #WWFC
We use cookies on our website to give you the most relevant experience by remembering your preferences and repeat visits. By clicking “Accept”, you consent to the use of ALL the cookies.
Do not sell my personal information.
Cookie settingsACCEPT
Privacy & Cookies Policy