#premierleaguestories #PL 2019/2020 Season Resumes Part 4 : Can still be in the hunt for Champions League Football? Maybe! 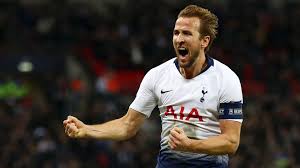 Manchester United, Chelsea and Wolves are most likely contenders for the final Champions League spot. However, Tottenham Hotspur, Sheffield United and Arsenal may fancy an outside chance. But none of these teams must remain too hopeful.

Season before lockdown: The newly promoted sides are known for fighting the relegation battle in the Premier League, but Sheffield United are dead opposite to the perception. Chris Wilder’s men have been a revelation this season and are fighting for the European spots with an extra game in hand compared to other clubs. However, Sheffield United might be one of the unhappiest sides to see the season suspended. Their momentum has been disrupted and might struggle to get their form back once the season restarts.

Positives: Impressive defensive record (second meanest defence) as they are only behind Liverpool in goals conceded (0.9 goals per game). Teams still aren’t able to find the antidote to Sheffield’s unique tactic of overlapping centre backs.

Concerns: Compared to other clubs, Sheffield United has relatively difficult games and have at least six hard games. (Four games are against traditional top six). With no fans at Bramall Lane, can Wilder’s men still remain in contention of Europe? Ideally, with a game in hand, they should stand a better chance than Wolves to make it into the top four, but Sheffield are a highly inexperienced side when it comes to contesting in these decider games. Hence, Wolves get a nod ahead of the Blades.

Season before lockdown: After their loss against Liverpool in the Champions League final, Tottenham Hotspur were expected to put up a string of powerful performances in the Premier League. Daniel Levy signed few players to fill the gaps in their midfield and attack after a lull transfer window in 2018-19. However, Tottenham failed to fulfill the expectations of their fans which led to the dismissal of their manager, Mauricio Pochettino. Jose Mourinho was appointed as Tottenham Hotspur’s manager and was expected to put the side back into the top four fight. Though the Portuguese manager was successful in bringing back the side to compete, he lost Harry Kane and Heung min Son because of injury. Spurs were on 6 match winless streak and it was getting worse, so the lockdown came in as a saviour for Mourinho’s men.

Concerns: Contract issues with Jan Vertonghen will have its own effects. No Dele Alli for the first match (FA suspends him for one game for misconduct), Alli’s absence will hurt them badly, as the Englishman is one of the top performers under Mourinho.

Season before lockdown: Mikel Arteta had put back the side into at least Europa League contention if not the Champions League qualification. The side was all set to take on the top-sides in the Premier League with a fine run of form. However, Arsenal will be one of those clubs which might lament the unnecessary break because of COVID-19. They have crashed out of Europa League but have a good chance of making it to the semis of FA Cup as they take on Sheffield United in the quarters.

Positives: Arsenal had no injury concerns prior to the league suspension apart from a minor injury to Lucas Torreira. However, the midfielder has returned to the side and will look to help his side to bail out the season. Arteta has been terrific in uplifting the mood of the dressing room after Unai Emery sack and has trusted youngsters like Bukayo Saka and Martinelli who have repaid the faith with fine runoff form

Concerns: However, in terms of contract issues, Arsenal are yet to sort out their issues with Pierre Emerick Aubameyang and Dani Ceballos. The time with Aubameyang is running out and top European clubs like Barcelona and Manchester United are hovering around the player. The Los Blancos midfielder, Dani Ceballos, is itching to return to the Spanish capital, which is an ominous sign for Arsenal.