#premierleaguestories #PL 2019/2020 Season Resumes Part 2 : Who is most likely to qualify for Champions League 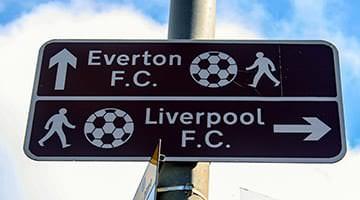 Earlier we covered how #ProjectRestart came into existence, what were the steps to implement the restart of the league. Now we look at how ready are the clubs for the League to restart. How does each team stand in the table and can they achieve their set goals in the remaining 9 fixtures.

So it’s time to fasten our seatbelts for 24 Karat, A-grade football as Premier League returns on June 17th. Liverpool already have one hand on the title and still are the favourites to win their first ever Premier League title after having a 25 point lead over current champions Manchester City. Manchester City and Leicester City are very likely to follow Liverpool to Champions League qualification for next season. Let’s take a look at how equipped each club  is for Project Restart.

Season before the lockdown: Jurgen Klopp’s men were on the course to their first Premier League title after being unbeaten for a period of 36 games. They are firm favorites to win the league with just 6 points separating them from the title. It’s a forgetful journey for them in the UEFA Champions League as they were thoroughly beaten by Atletico Madrid over the course of two legs in the Round of 16. They travel less than a kilometer for their next game against Everton at Goodison Park and are favorites to win the Merseyside derby. They could actually win their first Premier League title in front of their arch-rivals at Goodison Park if Arsenal manage to beat Manchester City.

Positives: The Merseysiders had a few injury concerns. The best shot-stopper in the league, Alisson was suffering from a thigh injury, the Brazilian is now fully fit. Nathaniel Clyne and Xherdan Shaqiri, who were excellent substitutions for Liverpool, were also out because of injury. It is learned that both the players are ready to go in the Premier League and will hope to seal the title as soon as possible. Adam Lallana has also agreed to stay until the season end giving Klopp plenty of options and resources to play with.

Concerns: None! This is the best time to be a Liverpool fan

Season before lockdown: In one of the rarest seasons, Pep Guardiola has failed to keep up the pace with his arch-rivals Liverpool. Manchester City are 25 points behind Liverpool and are sure to hand over the title to the Merseysiders.  The failure of Manchester City lies in the absence of their central defender, Aymeric Laporte and winger Leroy Sane. Aymeric Laporte had accurately filled the boots of Vincent Kompany whereas Leroy Sane was instrumental on the flanks for his side in the past two seasons. In UEFA Champions League, they managed to beat Real Madrid at Santiago Bernabeu and are in a comfortable position of making it to the quarters of the UCL. They are already in FA Cup quarters ready to face Newcastle United at St.James Park later in June. With the PL title beyond their reach, Pep Guardiola’s troops must try to win every other trophy possible.

Positives: However, it is understood that Aymeric Laporte will make his return against Arsenal when both sides lock the horns on June 17. Sane has also returned to full fitness.

Concerns: UEFA slapped a two season European competition ban on City and even though the club has knocked on the doorstep of CAS to overturn the ban. They’ll have to wait till the first week of July to see whether they’ll be playing in Europe next season or not. If not, this might be the last chance to win the most desired trophy. If there’s no European football, will their star manager Pep and other top dogs of Man City squad stay?

Season before lockdown: The Foxes were on a roll in 2019/20 season before the pandemic had set in. They changed the perception of from being plucky upstarts to Premier League’s new elite challenging the status quo. Initially they were challenging for the league title as Manchester City endured a tough run of games. However, since New Year, Leicester have failed to keep up the tempo and are happy with the third place. Foxes are one of the worst hit teams due to the Pandemic, Leicester is known to ride high on spirits, confidence and tempo that was generated by a rich run of games and the whole pandemic has derailed their rhythm. They even fancy themselves winning in the FA Cup quarters against Chelsea which will be played in the last week of June.

Positives: Leicester did it in 2015/16 thriving on the tempo and intensity and achieving the improbable by winning the title in fairytale style. They need to carve inspiration from that season and are confident of finishing into the top three.

Concerns: There are contract concerns regarding their star players. They have lost Ricardo Pereira for the rest of the season to a torn ACL injury, who is arguably one of the top five right backs in the league. Is youngster James Justin that reliable to replace the Portuguese at the right back spot?

However, with the likes of Pogba, Rashford, Kane returning to their respective sides, Leicester might face stern competition for a top four spot. Can Leicester City reach Champions League once again and keep the dream alive of their late owner Khun Vichai?

#premierleaguestories #PL 2019/2020 Season Resumes Part 1 : What is #ProjectRestart
#premierleaguestories #PL 2019/2020 Season Resumes Part 3 : Who clinches the final Champions League spot?
We use cookies on our website to give you the most relevant experience by remembering your preferences and repeat visits. By clicking “Accept”, you consent to the use of ALL the cookies.
Do not sell my personal information.
Cookie settingsACCEPT
Privacy & Cookies Policy