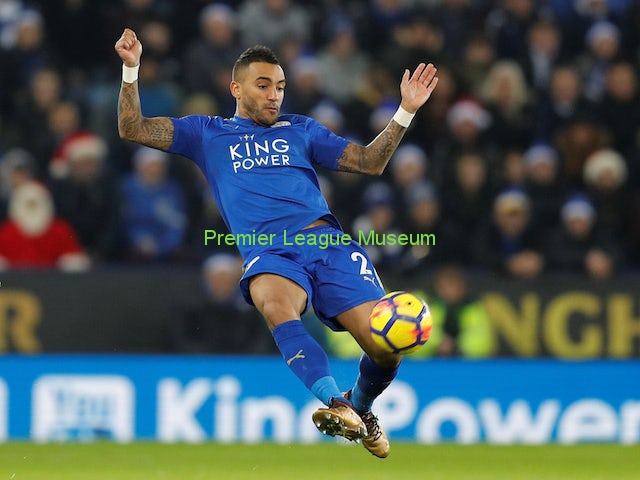 Danny Simpson nearly left Leicester City the summer before their historic Premier League title triumph – but was convinced to stay by Shaun Wright-Phillips. Having arrived at City in 2014, Simpson was a bit-part player in his maiden campaign at the King Power Stadium – when Ritchie De Laet the first-choice right-back – and he was told in the summer of 2015 that he could look for a new club. But when Nigel Pearson was sacked and Claudio Ranieri arrived, former England winger Wright-Phillips, who had played at Chelsea with many of the Italian’s former stars, told Simpson to stick at it because his qualities would be appreciated by the new boss.

Danny Simpson said “It was a strange one for me because that summer before he (Ranieri) came, the club had said to me – I hadn’t played much, De Laet was still the main right-back – the club had said that maybe it was time to move on But unlike when QPR had said it, this time I was like: ‘No, I’m not going, I’m not doing this again.’ I may have only played 15 games that season but when I did play, I did well. I was like: ‘I’m fighting, I’m not leaving, I don’t care.’ A lot of people don’t know that. Ranieri then came in. I’m really good friends with Shaun Wright-Phillips and he rang me and said he’d heard I might be leaving. He said to stick in until at least January and if it doesn’t happen, you’ve got the January transfer window and you can move on. He said: ‘Claudio will love you. He loves defenders. Seriously, get your head down and you’ll end up playing.’ For the first six weeks, I was with the 23s, I was with the kids, that season we won the league”

He also spoke about how a conversation with Claudio Ranieri changed his fortunes at the club.

Danny Simpson said “I’m not even training with the boys. It was time to get my head down and fight. Steve Walsh (assistant manager) pulled me over and said Claudio wants to speak to you. I’m like: ‘What have I done now?’ I’d been dropped into first-team sessions and I was running around like a madman trying to impress. I felt like a kid again trying to get into Man United’s team. He pulled me in and said he liked my attitude, and for me he is a big man to say what he said to me. He said: ‘Maybe I made a mistake.’ He said: ‘I feel like you could help me. Keep doing what you’re doing and you might get a game.’ A week later, we lost 5-2 to Arsenal. The following week I was in the team. We went from attacking full-backs and to me and Christian Fuchs in and I never looked back. I played every game [but one] after that. I had to fight to get in the team and thankfully I did decide to stay because that was the best time of my life.”

#PremierLeagueStories – #PeterCrouch thinks #NgoloKante would be a perfect signing for Liverpool #LFC
#PremierLeagueStories – AFC Bournemouth player #HarryWilson praises #Wales team-mate #ChrisMepham #AFCB
We use cookies on our website to give you the most relevant experience by remembering your preferences and repeat visits. By clicking “Accept”, you consent to the use of ALL the cookies.
Do not sell my personal information.
Cookie settingsACCEPT
Privacy & Cookies Policy