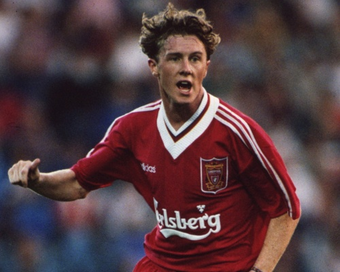 Liverpool boss Jurgen Klopp has been tipped to manage at Bayern Munich one day in the future according to Former Reds star Steve McManaman has claimed that Klopp could be tempted to move back to Germany and take over as manager at Bayern. He also feels that Klopp would not be interested in a move to Spain, managing the likes of Barcelona or Real Madrid.

Steve McManaman said “I think he really adores Liverpool and the Premier League, But you could see him going back to Germany and managing Bayern Munich. The way that club is run – and the way German managers are treated there – you wouldn’t rule it out. A few years ago it looked like Bayern were on their last legs. But now, along with the more experienced players, they’ve got a plethora of youngsters who are hungry. I’m not sure Klopp has any desire to manage Real Madrid or Barcelona and I don’t see why he’d go to La Liga though. They don’t have the aura that they did when Lionel Messi and Cristiano Ronaldo were doing battle every week. There is also all the politics behind the scenes at Barca with the board and players. Real is a different scenario. They need to refresh their squad and they are bringing in young players like Vinicius Junior – but they aren’t ready yet.”