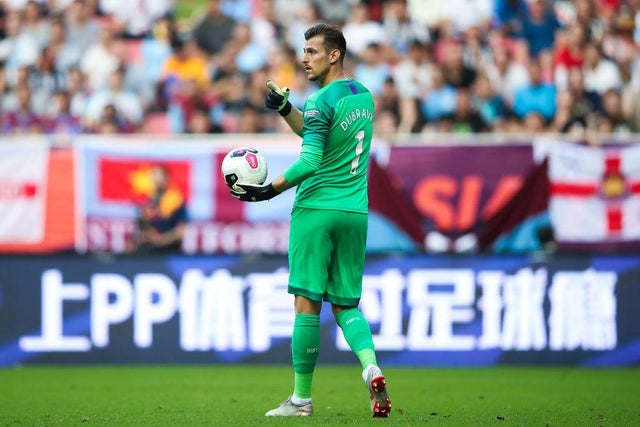 Martin Dubravka wanted to ‘smash’ Matt Ritchie after he yelled at him two weeks into his Newcastle United career – but the goalkeeper admits he ‘really likes’ having his vocal team-mate at the club. Whether it is a training game or a competitive match, Ritchie is constantly pushing his team-mates and barking instructions at them – which will be all the more apparent when football resumes behind closed doors next week.

Martin Dubravka said “He’s something special let’s say – he’s crazy, But I’m glad we have him in the dressing room. You can see that he gives everything – he’s 100 per cent – and he hates to lose as well. I’m the same when I lose. I hate the feeling. But, when he’s on the pitch, sometimes he’s so rude as well. I can remember a situation two weeks after I came to Newcastle. We played a three against three, a little small-sided game, and then he started to yell at me. I just wanted to catch him and smash him! But I like him, I really like him.”

#PremierLeagueStories – #LesFerdinand Believes #Joelington isn’t utilised correctly at Newcastle United #NUFC #QPR
#PremierLeagueStories – Tottenham Hotspur Midfielder #MoussaSissoko ready to go again after injury #THFC
We use cookies on our website to give you the most relevant experience by remembering your preferences and repeat visits. By clicking “Accept”, you consent to the use of ALL the cookies.
Do not sell my personal information.
Cookie settingsACCEPT
Privacy & Cookies Policy