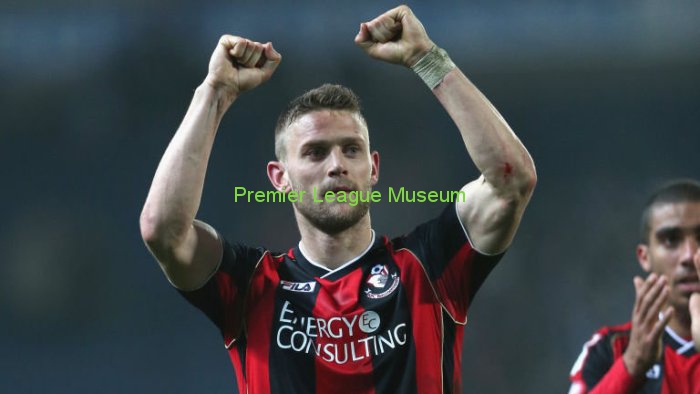 Bournemouth skipper Simon Francis admitted it would be “tough” to feature in Premier League games with no fans in attendance but insisted: “We will just have to adapt.” The Cherries captain is set to lead his side into a season-defining nine-game run-in when the top flight returns without supporters this month, due to the coronavirus pandemic. Francis admitted he himself would be going into unchartered territory, having never played a game of football behind closed doors previously. But with the Dorset club’s top-flight survival on the line, the 35-year-old believes his side will have no issues in getting fired up for the business end of the campaign.

Simon Francis said “I think that’s going to be tough. I’ve got to be honest. I have never played an actual official game behind closed doors. I have played reserve games and under-21 games where there are not many fans there at all. Believe me, it is tough getting motivated for those ones. However, these will be official Premier League games when our safety in the league is at stake – so I’d like to think the lads will be motivated enough. But until you are there and walking out into the stadium, I don’t think anything can prepare you for it, to be honest. It’s just another bridge we will have to cross when we come to it. It’s just such a unique time that we will just have to adapt as footballers and try to work at it as best we can. The home or away advantage, or disadvantage, may work to other teams’ benefits and those kind of things. It really does weigh up in everyone’s minds, I think. If anything, it might make it an even playing field for a lot of teams. All we can hope for is that it will work to our advantage however it comes out and we can get the results we need.”

#PremierLeagueStories- Southampton Striker #ShaneLong pays tribute to #RalphHasenhuttl after new deal at St Marys #SaintsFC
#PremierLeagueStories – Crystal Palace Boss #RoyHodgson ‘s views on the new five substitute rule in the #PL #CPFC
We use cookies on our website to give you the most relevant experience by remembering your preferences and repeat visits. By clicking “Accept”, you consent to the use of ALL the cookies.
Do not sell my personal information.
Cookie settingsACCEPT
Privacy & Cookies Policy