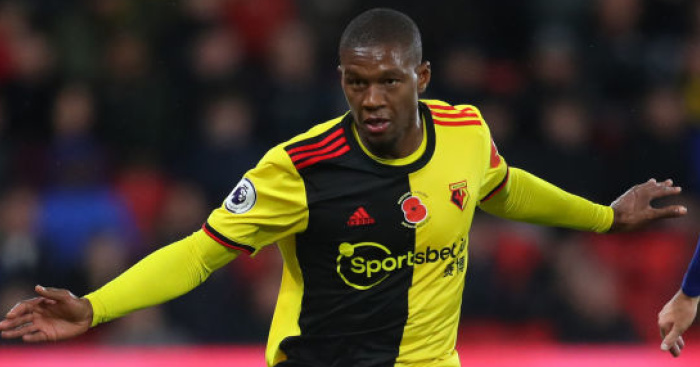 Christian Kabasele is concerned about muscle injuries when Watford resumes Premier League action in just over two weeks’ time. The Belgian defender said that he felt perfectly safe at training and was no longer worried about contracting coronavirus, but that the players are not being given enough time to physically prepare for the league’s return.

Christian Kabasele said “At the moment, I’m rather worried. Not worried about catching the virus or my health outside of football, I’m more worried about my health in terms of training, matches and injuries, We resume at the end of June, it’s only three weeks of group training, it’s really not enough. I think we’re going to have a lot of muscle injuries, in the tendons. Personally, I feel in total security, We’re tested every Tuesday and Friday. Over the past two weeks, it’s only been negative results. The situation at the club is really sanitary. We come in, we get our temperature taken. Before leaving our home, we have to fill out a questionnaire on an app to know if we’ve had symptoms. We’re not allowed at the training ground if we’ve had symptoms. I feel safer at the training complex than when I go do my shopping. The choice was given to the players [to attend training]. Before the training resumed, we had a meeting with all the club employees. The club insisted that whoever did not feel safe, whoever wanted to postpone his visit to the training centre, could do so. And that’s what Troy Deeney did. There was no pressure from the club to force us to come back two weeks ago.”

#PremierLeagueStories – #PL policy Chief #BillBush Gives Update on the status of the neutral matches
#PremierLeagueStories – #TammyAbraham talks about #JohnTerry ‘s role in convincing him to go to Aston Villa last year #AVFC #ChelseaFC
We use cookies on our website to give you the most relevant experience by remembering your preferences and repeat visits. By clicking “Accept”, you consent to the use of ALL the cookies.
Do not sell my personal information.
Cookie settingsACCEPT
Privacy & Cookies Policy