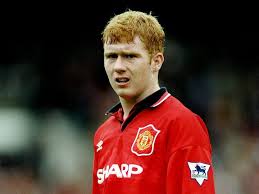 Paul Scholes has explained why he believes Manchester United struggled to dominate the European scene when he was a player. Scholes was part of United sides that reached four Champions League finals, with United winning two of them in 1999 and 2008, but losing in 2009 and 2011, both times to Barcelona. And Scholes believes that in any other era United might have won the competition several more times.

Paul Scholes said “We were quite unlucky really. In any other era we might have won four, five, or six European Cups. But the teams that were about… you look at Guardiola’s Barcelona team – Jesus, how good were they?! You could go right through the team. In midfield you had Andres Iniesta, Xavi, Sergio Busquets and Lionel Messi. Henry on the left. Centre halves of Gerard Pique and Carlos Puyol. Just unreal. They’re without doubt the best team I’ve played against. They’re one of the best teams that’s ever been.”

#PremierLeagueStories – #JurgenKlopp Promises Parade for Liverpool Fans if the Reds win the title #LFC
#PremierLeagueStories – #AndyHinchcliffe urges Newcastle United to Sign Former Liverpool Star #PhilippeCoutinho #LFC #NUFC
We use cookies on our website to give you the most relevant experience by remembering your preferences and repeat visits. By clicking “Accept”, you consent to the use of ALL the cookies.
Do not sell my personal information.
Cookie settingsACCEPT
Privacy & Cookies Policy