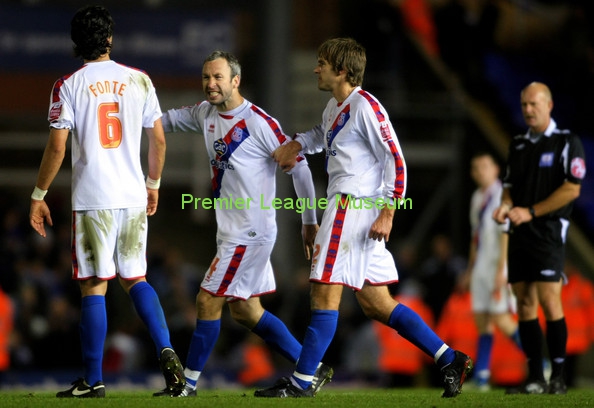 Former Crystal Palace and QPR premier league player Shaun Derry believes that Crystal Palace’s approach to the preparations for the 2004 First Division play-off final against West Ham was key in their victory. The Eagles secured a place back in the Premier League after Neil Shipperley scored the only goal of the game at the Millennium Stadium in Cardiff, with Iain Dowie’s side overcoming Alan Pardew’s Hammers on a sunny afternoon in south Wales. Derry said that while Palace were second-favourites for the clash with the Hammers, he felt the Eagles’ approach to the game was spot on as they stunned West Ham to seal a place in the Premier League.

Shaun Derry said “Palace were underdogs for the final and we were throughout the season, No one saw us coming up the league table and we slipped in the through the back door. Even when you consider the difference in our preparations: West Ham flew to Cardiff a few days before. Whereas we took our normal bus on that long journey. I remember we wore our away kits and mine was ripped around the collar and the kit man had sewn it up. But that was Palace and that’s what helped us reach the Premier League. We approached the game as we approached any other match in the season. And we were. We never really got broken down by West Ham; I never felt under pressure. I knew that as soon as we got a foothold on the game it was only going to be a moment of individual brilliance and it never felt like West Ham were going to have the capabilities to do that to us on that particular day.”

#PremierLeagueStories – #AaronRamsdale Returns to Training with Bournemouth after Testing Negative for COVID-19 #AFCB
#PremierLeagueStories – #OwenHargreaves Believes #JadonSancho Would be worth every penny for Manchester United #MUFC
We use cookies on our website to give you the most relevant experience by remembering your preferences and repeat visits. By clicking “Accept”, you consent to the use of ALL the cookies.
Do not sell my personal information.
Cookie settingsACCEPT
Privacy & Cookies Policy