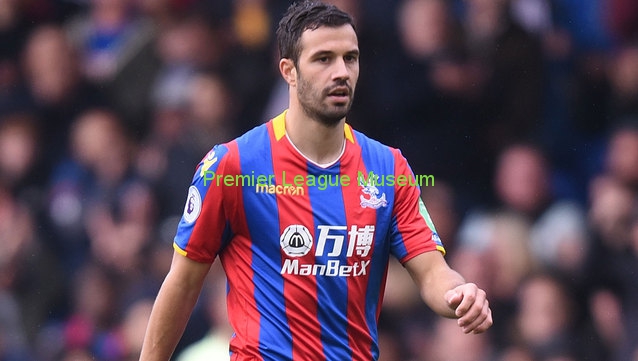 Crystal Palace midfielder Luka Milivojevic has given details on the questions Premier League captains asked about before agreeing to restart the competition. The league is set to get underway again on June 17, with Palace’s first game back on the weekend of June 20. Premier League club captains held a series of meetings over video conference, and Milivojevic said safety was the paramount concern for the players.

Luka Milivojevic “In this situation with this disease, this tough period, we’ve had a lot of meetings, which we never had in the past, It’s pressure; how are you going to transfer [relate] to the players what has happened in the meeting, the opinions of the other captains, but in the end, it is part of the role and I’m going to do it. I have to be very responsible, for my teammates, but the most important thing is that we fix all these things in our house. Most times I listen and don’t speak a lot. The meeting before the last one we had a lot of discussion about coming back to training with doctors included and the scientists and people from the Premier League, and that was one of the most important meetings because the most difficult topic was about when we start [to train]. My question was not the most important one because some guys before me asked the most important questions. Some players want their questions to be confidential. My question was about the antibody test and tracing the players who had COVID-19. Many people say if you are immune you can’t get it again and I was really keen to know what the doctors would say. They gave a reasonable answer about that, they said you can be immune for two weeks, three weeks, one month, maybe one year, we don’t know a lot about this virus but until they get a vaccine they think the tests they are doing at the moment twice a week will help a lot and is, for us, the safest option.”

#PremierLeagueStories – Bournemouth Player #ChrisMepham Reveals new skills he learnt during #lockdown #AFCB
#PremierLeagueStories – Liverpool Captain #JordanHenderson Admits that Null & Void Calls Worried Him #LFC
We use cookies on our website to give you the most relevant experience by remembering your preferences and repeat visits. By clicking “Accept”, you consent to the use of ALL the cookies.
Do not sell my personal information.
Cookie settingsACCEPT
Privacy & Cookies Policy