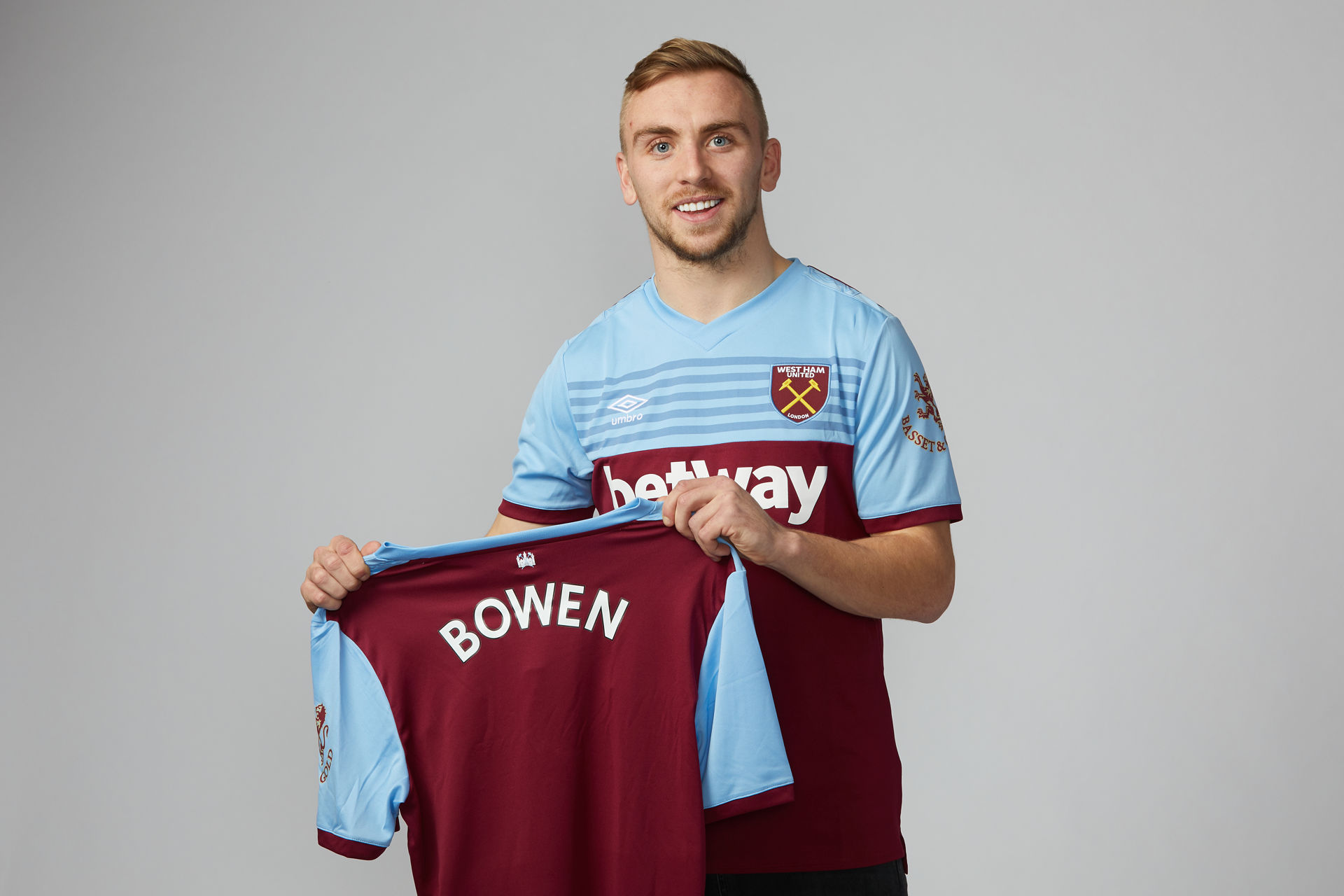 Jarrod Bowen has named Declan Rice as the best player he has ever played with in his short career so far.

Jarrod Bowen said “I’ve only been at the club a short amount of time but I’d say Declan Rice. (On the best played he has ever played with.)

Bowen moved to West Ham from Hull City in January for a fee believed to be around £22million and has made just four appearances for the claret and blues and would have been hopeful of following in Rice’s footsteps having finally made the step up to the Premier League has shown he was too good for the Championship. He netted 17 goals in the first half of the 2019/20 season before making the move to the capital. On joining West Ham he had said earlier that he felt that he had done all he could at Hull and it was time to step up.

Jarrod Bowen said: “I felt I had done as much as I could at Hull, and I felt like I had earned this opportunity now. I’m starting down here again and I’ve got to work my way up with my time here. Hopefully it’s a very long time. It’s everyone’s dream to play in the Premier League and, when a team like West Ham came in for me, it was a no-brainer. Look at the stadium. When I signed, I went to the stadium and I looked around and got to take it all in. It’s incredible. Making my home debut, coming out in front of all those people. That’s when it hit me. That was what I dreamed of. I wouldn’t change it for the world.”

#PremierLeagueStories – Manchester United midfielder #ScottMcTominay names the most exciting talents at the #MUFC academy
#PremierLeagueStories – Everton #EFC #BlueFamily Player #CenkTosun reveals Ambition After Loan Spell with Crystal Palace #CPFC ends
We use cookies on our website to give you the most relevant experience by remembering your preferences and repeat visits. By clicking “Accept”, you consent to the use of ALL the cookies.
Do not sell my personal information.
Cookie settingsACCEPT
Privacy & Cookies Policy