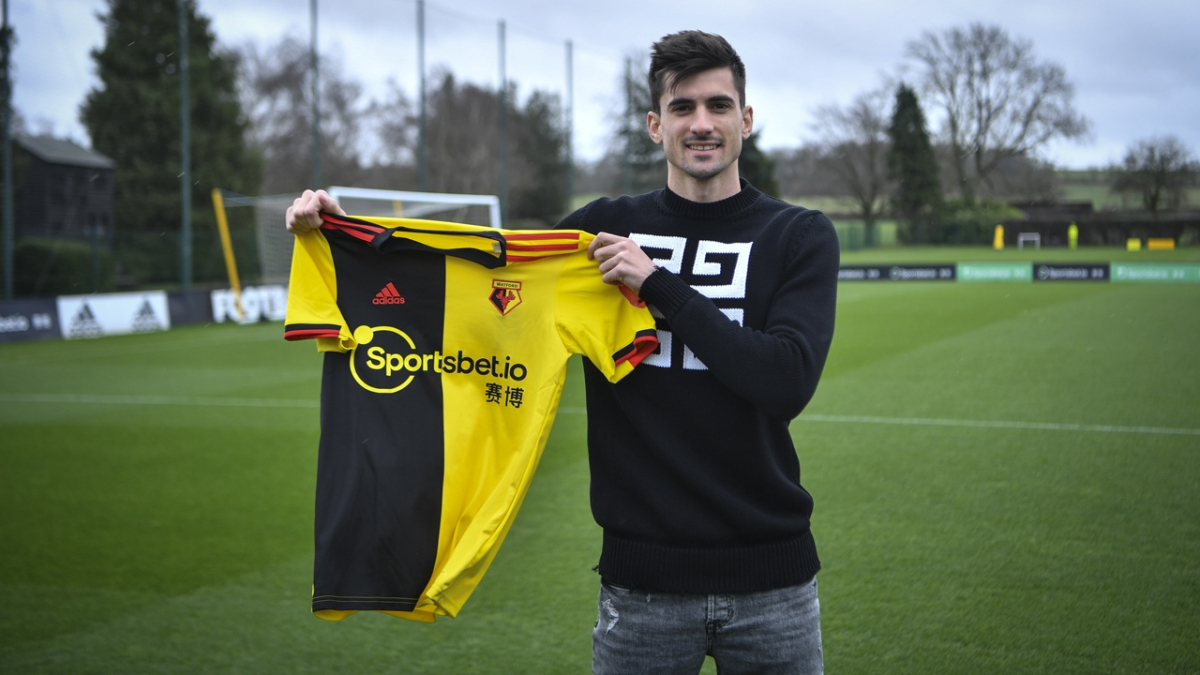 Watford winger Ignacio Pussetto has spoken about his “strange year” after moving to Watford in the winter, only to find himself living in isolation after just two months of football. The Argentine recently admitted that he misses training with his teammates and has admitted that he was integrating well with his new team.

Ignacio Pussetto said “In an interview for the club Youtube channel, the Argentine said he misses training with his teammates but feels he has integrated well within the group. It’s been a strange year because I’ve moved to a new club and I debuted in a way I never imagined, As a forward you imagine your debut to be scoring a goal, but I had to help the team out (with the clearance) which is also really important. I never would have imagined in my life that a virus would hit and cause all that it has globally, but it just shows us the important things in life and that we have to enjoy what we had before. Luckily I was able to integrate quickly into the team, especially having teammates that speak the same language so it has made it easier for me. I also try to interact as much as possible with the guys that speak English so integrating myself has been easier and I do miss training with them. It’s like a family because we live every day together at the training ground and you miss it. We’re just waiting for when we can meet up again.”

Pussetto insisted that despite the tough situations, he was hopeful that things will improve soon and he has been focusing on the positive sides of being able to spend more time with his family.

Ignacio Pussetto said “I think the most positive thing from this period has been being able to spend time at home, Normally we train and play and we know that our weekends are going to be spent away from home. Every day I’m out of the house for hours because I’m training so some positives I can take from this are being able to wake up relaxed and enjoy more time with my girlfriend and our dog and when you can’t normally do those things you enjoy them more now. I miss the routine. It might sound funny because sometimes you’re wishing you didn’t have it but it’s what you’re used to and it’s the way you live and so it’s definitely something I miss. I would like to be able to go out to eat, it’s something my girlfriend and I love to do.”

#PremierLeagueStories – NewcastleUnited Keeper #RobElliot Admits Uncertainty About Future Amidst #NUFC takeover
#PremierLeagueStories – Manchester United midfielder #ScottMcTominay names the most exciting talents at the #MUFC academy
We use cookies on our website to give you the most relevant experience by remembering your preferences and repeat visits. By clicking “Accept”, you consent to the use of ALL the cookies.
Do not sell my personal information.
Cookie settingsACCEPT
Privacy & Cookies Policy