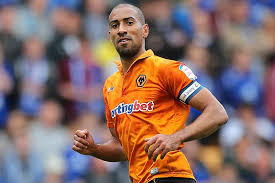 Former QPR, Wolves and Stoke City plater Karl Henry has raised £50000 along with former Wolves team mates Matt Murray and Danny Bath for a local hospital. He announced the achievement via a video message and also thanked Nuno Espirito Santo’s squad for their help in donating money and memorabilia for a raffle.

Karl Henry said “I’m delighted to announce that we have now reached that target and would like to say a few thanks. Will Cross, from the Wolves Foundation, Paul Berry, the former head of media at Wolves and former players Matt Murray and Danny Batth, who have all worked tirelessly to raise this money. I’d also like to say a thank you to the amazing Wolves fans,  The reason that we, like so many others around the country wanted to raise this money is to support our NHS. The measures they’ve taken to protect us all over the last few months has been nothing short of heroic. Whilst most of us are being shielded at home and when we do leave the house, we don’t come into contact with someone who has the virus. Those on the front line know they are going to work every day and facing the virus head on.”

#PremierLeagueStories – Crystal Palace’s #CPFC #PatrickvanAanholt relishes his battles with ManchesterCity’s #MCFC #RaheemSterling
#PremierLeagueStories – Former Wolves #WolvesFC manager #MickMcCarthy Opens up About West Ham #WHUFC #DeclanRice’s Decision to Snub Ireland for England
We use cookies on our website to give you the most relevant experience by remembering your preferences and repeat visits. By clicking “Accept”, you consent to the use of ALL the cookies.
Do not sell my personal information.
Cookie settingsACCEPT
Privacy & Cookies Policy