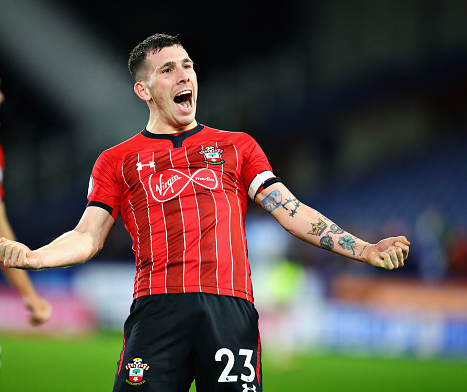 Pierre-Emile Hojbjerg’s future at Southampton has been in constant speculation and the likes of Tottenham and Everton have been linked with the former Bayern Munich man who moved to the Saint Mary’s in 2016. Now the captain of Saints has admitted his ambition to win the premier league and champions league suggesting that he may be on his way to a big club down the line in his career.

Pierre-Emile Hojbjerg said “I know what I want, the club knows it too. I want to play at an even higher level than I am currently. The relationship between me and Southampton is fantastic. The club gave me the platform to grow. I’m not saying ‘Goodbye’ and I’m focused on my club, but my goal is very clear: I want to win the Premier League and the Champions League.”

The Danish international also talked about his move to Southampton from Bayern Munich where he was playing under Pep Guardiola.

Pierre-Emile Hojbjerg said “My biggest weakness during this time was my impatience. I wasn’t ready to wait a year, two or three years for my breakthrough. I wanted to be important right away. I was too emotional too. But how can I fail? I trained with the best players in the world between the ages of 17 and 20. I was in a school of champions. But I wanted to get out of there and write my own story. I gained a lot of experience so that I could move on to develop elsewhere. When I was 23 I became a captain in a Premier League club. Now I’m hungry to get to the next level.”

#PremierLeagueStories – #GerardDeulofeu says he is happier at Watford #WatfordFC than he was at Barcelona
#PremierLeagueStories – Family is important during crisis like #Coronavirus , according to Bournemouth’s #AFCB #AdamSmith
We use cookies on our website to give you the most relevant experience by remembering your preferences and repeat visits. By clicking “Accept”, you consent to the use of ALL the cookies.
Do not sell my personal information.
Cookie settingsACCEPT
Privacy & Cookies Policy