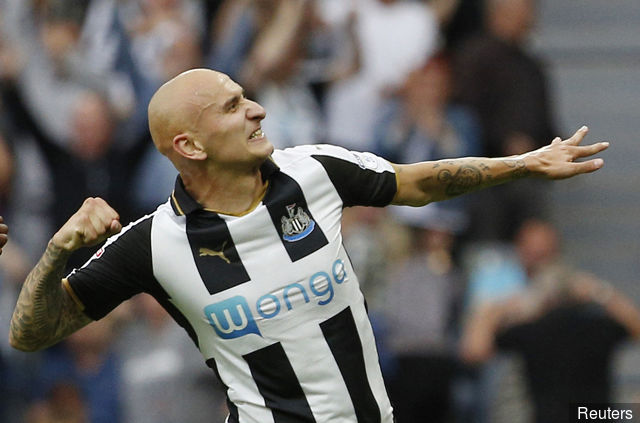 Jonjo Shelvey admits that he never once thought about leaving Newcastle United last summer, despite being linked with a move to West Ham. The Newcastle midfielder emerged as a target for the Hammers in the summer transfer window, with speculation linking the former Liverpool and Charlton Athletic man with a move to the London Stadium. But Shelvey, who has scored five goals in 20 appearances for the Magpies this season, including a goal in the 3-2 win against West Ham at the London Stadium in November, has now spoken out about the links with a club he grew up supporting.

Shelvey said: “I didn’t really have an opinion on it. I was under contract at Newcastle and it was just a matter of what would be would be. If they wanted to move me on or sell me, then that was their choice. But I was more than happy to stay. I never once thought about leaving. Obviously, I grew up as a West Ham fan and I’ve got a place back home right next to their training ground. It would have been an easier choice, in that sense, but I’ve always been away from home. It’s sort of become the norm. You just get used to it. Now, even when I get time off, I tend not to go back. I just stay up here and enjoy it. It’s a lovely place to live.”