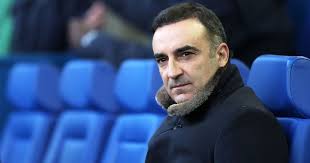 Amidst reports that a number of clubs like Wolverhampton Wanderers, Tottenham, West Ham and Leicester City are planning to bid for Real Betis player William Carvalho in the upcoming summer window. Ex Swansea manager and fellow Portugese, Carlos Carvlhal talked about the time when West Brom was interested in the player back in 2017 for a deal worth £26 million.

Carlos Carvalhal “William Carvalho is a player for a big club, a top one, West Brom are not a top club but being in the best league in the world at a medium club isn’t negative for any player. He has the ability to be in a team with other goals, but if he comes to West Brom he’ll join the Premier League which is a great stage and where almost every player would like to be.”

William Carvalho left Sporting after being attacked by fans under the freedom of contract and has played with likes of Rui Patricio and Joao Moutinho during his playing days at Sporting and with a strong Portuguese connection at Wolves, Midlands are likely to be his next destination.

#premierleaguestories – Liverpool’s #LFC #VirgilVanDijk reveals joining Southampton #SaintsFC because of #RonaldKoeman
#premierleaguestories – Current season should be extended and finished according to West Ham #WHUFC captain #MarkNoble
We use cookies on our website to give you the most relevant experience by remembering your preferences and repeat visits. By clicking “Accept”, you consent to the use of ALL the cookies.
Do not sell my personal information.
Cookie settingsACCEPT
Privacy & Cookies Policy