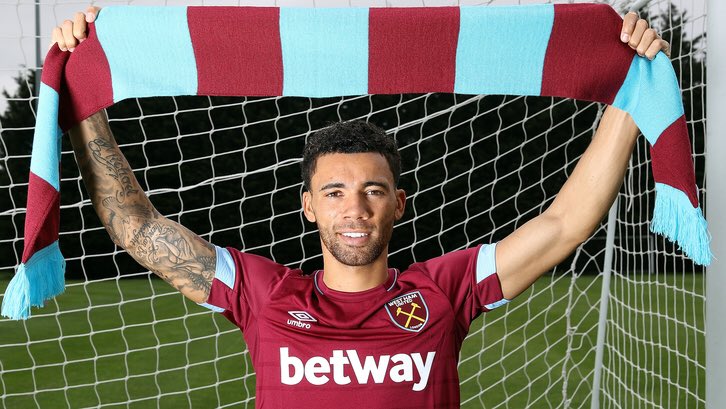 When Ryan Fredericks joined West Ham on a free transfer from Fulham in the summer of 2018, the Hammers were supposed to have found their solution at right back after struggling in that position. Pablo Zabaleta had a good first season but was ageing, Alvaro Arbeloa was an absolute bust, Sam Byram had been sold to Norwich City after struggling with injury and form and Michail Antonio couldn’t defend when he was deployed at right back.

West Ham haven’t been blessed with strong right backs arguably since the days of Sebastien Schemmel. Carl Jenkinson had a good season on loan at the club, Julien Faubert filled in admirably too before that stunning and bonkers loan move to Real Madrid, but right back has always been a problem. Fredericks had earned promotion to the Premier League with Fulham the summer he joined West Ham in a very not well kept secret, but had developed as one of the most exciting full backs in the country.

After swapping west for east London, the defender made just 18 appearances. He started the 4-0 thumping at Liverpool on opening weekend, dropped for the next game against Bournemouth, before returning for losses against Arsenal and Wolves. But it wasn’t enough as he wouldn’t appear again until a substitute outing on October 11 in a draw at Huddersfield Town, when he injured his ankle and wouldn’t play again until February 4. Fredericks got his place back but never really convinced in the position, though he did bag a goal on the penultimate day of the campaign as the Hammers saw off Southampton in Stratford. Renewed optimism heading into 2019/20 swept across the club, which quickly evaporated and eventually led to the sacking of Manuel Pellegrini. Fredericks has started 20 of the 29 games this season before football ground to a halt amid the Covid-19 pandemic.

Two injuries have stalled his campaign however. After a solid if unspectacular first half of the season, a hamstring problem suffered in the FA Cup win at Gillingham and then a shoulder issue picked up in defeat to Man City have restricted Fredericks. Now he is contending with the emergence of Jeremy Ngakia who has burst onto the scene from the academy with some fine displays for someone so young. Ben Johnson, who has had his own injury struggles this season, could have usurped him too had he been fit. That can’t be ruled out either, with Johnson’s versatility on either side a huge asset in his favour.

Hammers fans have been impressed with Ngakia, who gets forward with purpose and arguably has a better final ball than Fredericks. The more senior player is blessed with jet-heeled pace down the wing but far too often, his delivery lets him down. He can breeze past a player with consummate ease, he used to be a 100m sprinter, but the end product can be hit or miss. There is a problem with Ngakia though: his contract. The youngster’s current deal expires in July, or whenever the end of this season is considering what has happened with Covid-19 and the Hammers have offered him fresh terms to put him on first team wages. They are waiting to hear back from Ngakia on the offer, with the pandemic and also an apparent change of agent hindering things at the moment. Football is so uncertain in these current times that nothing is a guarantee, as is Ngakia penning a new deal though the noise from the club is they are confident he will.

Ben Johnson’s contract is already sorted as he penned fresh terms last Macrh until 2022, having enjoyed a breakthrough season under Manuel Pellegrini. Johnson has impressed on pre-season tour in China since then, both at left back and right back, and was seen as the future under Pellegrini. The Chilean’s dismissal and Moyes needing experience has helped Fredericks, but his most recent injury could be costly. Johnson will be sniffing around the first team again this summer, most certainly alongisde Ngakia if the latter signs on.

When football does eventually return to our lives in the future, Fredericks should be fit after his shoulder problem caused by being barged to floor by Man City’s tactical foul machine Rodri, to start. But beyond the season, the future is certainly unclear for him. With Ngakia and Johnson waiting in the wings, plus the Hammers having a bid for Nottingham Forest full back Matty Cash rejected in January, Fredericks is on borrowed time as Moyes hints he sees a different solution at right back. He needs a big end of the season to convince Moyes he is still the player for the job at right back. With two years remaining on his contract come the end of his current campaign, the club might look to cash in. Every player has their price this summer, Fredericks included and he could be seen a potential cash asset for a club that is expected to be tight on funds.

#premierleaguestories – Burnley #BurnleyFC #BenMee open to resuming #PL season as part of #ProjectRestart
#premierleaguestories – #ChristianBenteke considers Crystal Palace #CPFC win over Liverpool #LFC at Anfield as his best night
We use cookies on our website to give you the most relevant experience by remembering your preferences and repeat visits. By clicking “Accept”, you consent to the use of ALL the cookies.
Do not sell my personal information.
Cookie settingsACCEPT
Privacy & Cookies Policy