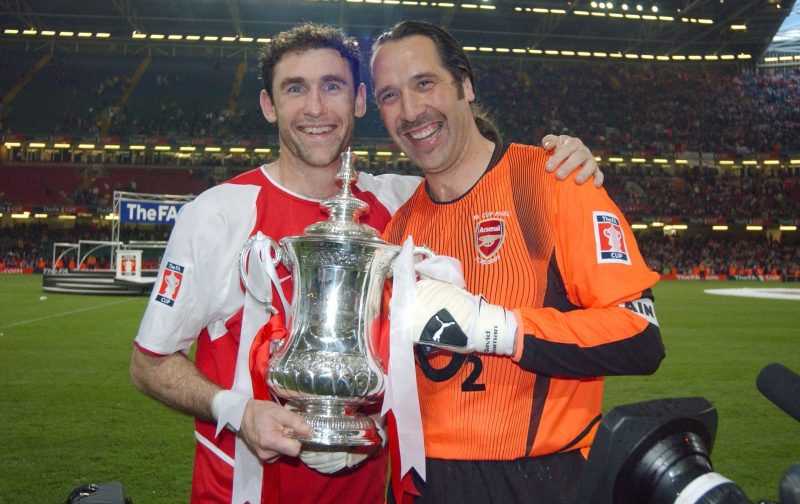 Martin Keown has praised Sir Alex Ferguson for his classy gesture after Arsenal pipped Manchester United to the 2002 Premier League title. The Gunners claimed the crown by beating United at Old Trafford, and Keown has revealed that Sir Alex came into the away dressing room to congratulate them but warned them that his side would be ready to get back the title in the next campaign.

Martin Keown  said “Fair play to Sir Alex Ferguson, he came into the dressing room to congratulate us and set about trying to get back on top as he would do looking straight away to the next season when they won. That’s where Sir Alex Ferguson had so much class to come in and congratulate us, he was probably fuming in the end that we won but that’s what football’s all about, you’ve got to your local or big rivals and win games,’ Keown’s former teammate Ray Parlour added. We knew it was a big, big night for us and we just had a little bit more than Manchester United that night and they probably had to hold their hands up and say, ‘We gave everything, but they defended well and took their chance when they got it’.”

The rivalry between the two clubs was particularly fierce in the early 2000s with both clubs fighting for the Premier League title at that time. Ferguson was true to his words as United went on to win the Premier League the following season, but Ferguson’s gesture the season prior left an impression on Keown.

#premierleaguestories – #RyanGiggs explains difference in management style of #AlexFerguson and #LouisVanGaal
#premierleaguestories – #DimitarBerbatov hints on being coach one day but wants to model himself after #AlexFerguson
We use cookies on our website to give you the most relevant experience by remembering your preferences and repeat visits. By clicking “Accept”, you consent to the use of ALL the cookies.
Do not sell my personal information.
Cookie settingsACCEPT
Privacy & Cookies Policy