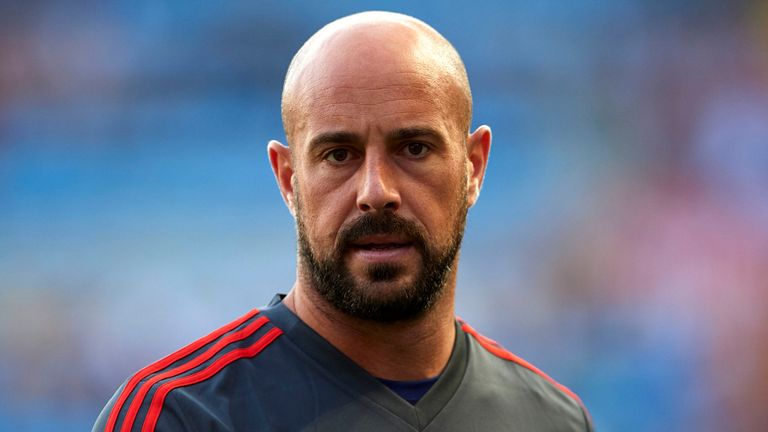 Aston Villa goalkeeper Pepe Reina has aimed a jibe at Leicester City boss Brendan Rodgers following their time together at Liverpool. Reina’s career at Anfield came to an end under Rodgers, and asked this week for the worst manager he played for, the City boss was the first that came to the Spaniard’s mind.

Pepe Reina said “The worst? One not bad, but a little touchy is Brendan Rodgers, Then with [Roy] Hodgson, I had some difficulties, his way of understanding football was very different from mine.”

Reina left Liverpool on loan for Napoli under Rodgers in 2013, with Simon Mignolet signed as his replacement a summer earlier, when it was expected Reina would leave for Barcelona. With two number ones at the club, Rodgers had to make his choice, at Mignolet got the nod.

#premierleaguestories – #DannyIngs will succeed at Southampton #SaintsFC according to legend #RickieLambert
#premierleaguestories – Manchester United #MUFC should also take blame for #PaulPogba bad performances , according to #RioFerdinand
We use cookies on our website to give you the most relevant experience by remembering your preferences and repeat visits. By clicking “Accept”, you consent to the use of ALL the cookies.
Do not sell my personal information.
Cookie settingsACCEPT
Privacy & Cookies Policy