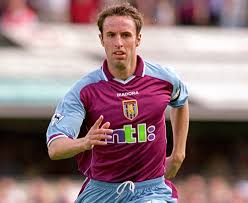 Ian Wright has spoken about how he knew Gareth Southgate was destined to be a first team player from the first time he met him at Crystal Palace. The now England manager joined Palace in 1988 and was quickly identified by Alan Smith as a star in the making, with Southgate captaining the reserve team, who he played for more than 100 times.  And one of his former team-mates at Palace, Ian Wright, has recalled his first meeting with Southgate and why he knew he was destined for a good career in football.

Ian Wright said “I remember when he came to Palace, he must have been 14 or 15 at the time. Steve Coppell introduced him to me and Andy Gray and told us about how many O-Levels, or whatever it was, that he had. I remember Andy Gray said something derogatory to him, but Steve Coppell said it doesn’t make a difference, because I can guarantee you he will play for England. Everything I saw of Gareth at Palace, coming through at a young age and playing in different positions. When you’re an intelligent player, you can play different positions and read what’s going on. He had no problems with that. It didn’t surprise me that he became an integral part of the England squad because he is a leader and a very good player. He is very self-assured and confident in anybody’s company. He was always one of the main guys. When you saw him as a youth team player, he always looked like a first team player, even at the age of 15.”

Gareth Southgate made his first team debut in October 1990 as a substitute in an 8-0 win against Southend United in the League Cup, with Southgate impressing and earning further opportunities in the Zenith Data Systems Cup Southern Final and in the league. In the 1991/92 season, he established himself as a regular in the Palace side, showing versatility as he played in defence and in midfield, with 39 appearances that season as he became a mainstay in the Eagles side over the next few seasons. He became Palace captain in November 1993 at the age of 23 and led by example as the Eagles achieved promotion to the Premier League, with Southgate then featuring in every game in the top flight in the 1994/95 campaign as he played every minute of all 57 games in that season. Following Palace’s relegation, Southgate was sold to Aston Villa for £2.5million, with the defender going on to play more than 400 times in the Premier League and 57 times for England. He is now the Three Lions boss, and guided England to the semi-finals of the World Cup in 2018, with Southgate impressing in the role since taking charge in 2016.

#premierleaguestories – #JackCork wants season to restart for Burnley #BurnleyFC as quickly as possible
#premierleaguestories – #GlennMurray believes Brighton #BHAFC squad can handle pep talk but community genuinely needs help
We use cookies on our website to give you the most relevant experience by remembering your preferences and repeat visits. By clicking “Accept”, you consent to the use of ALL the cookies.
Do not sell my personal information.
Cookie settingsACCEPT
Privacy & Cookies Policy