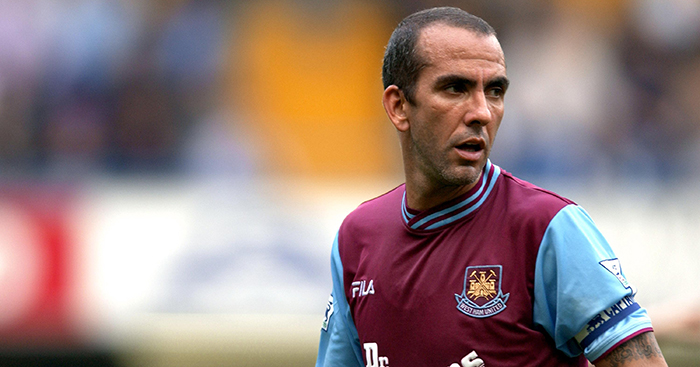 Ian Wright has hailed the attitude of his former West Ham team-mate Paolo Di Canio to training and playing football. Wright played alongside the Italian at West Ham during Harry Redknapp’s time in charge of the Hammers, with Di Canio becoming a firm fans’ favourite during his time in east London.

Di Canio scored 51 goals in 141 games in all competitions for the Hammers, cementing his place as a cult hero among Hammers fans. And Wright, who has recently spoken about what it was like to play alongside Di Canio at West Ham, has highlighted what made the Italian such a good player in the Premier League.

Ian Wright said: “For the calibre of club he [Di Canio] has played for, the way he prepared and got himself ready from a Monday to a Saturday is up there with the very best. In the gym and on the training ground, everything he did was first class and top drawer. He trained how he played. If he didn’t win a five-a-side game he would walk off the pitch. If Harry [Redknapp] didn’t give a foul in training, he’d walk off with his arms up. The thing with him was that he was so highly-strung, training or playing, you could see why he could just snap like that.”

Wright placed Di Canio fifth in his top ten of the best players outside of the top six clubs in the Premier League, with the former Arsenal and West Ham striker naming Leicester City striker Jamie Vardy at number one. Fellow pundit Alan Shearer, who described the Italian as a “maverick”, named Di Canio at number six.