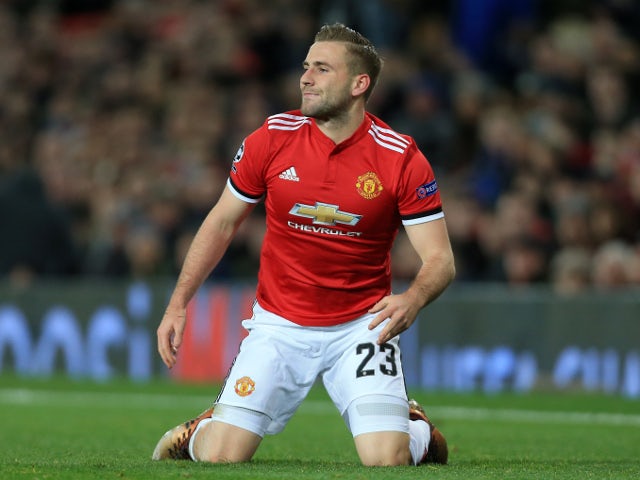 Luke Shaw has named Paul Pogba among the players who most have helped him develop as a footballer over the years at Manchester United. The United left-back also revealed how Zlatan Ibrahimovic would push his teammates in training, though believes Pogba’s personal motivation has helped him personally.

Luke Shaw said “That’s tough, There have been a few… I think back when Ibra was at the club, he would push everyone mentally and physically in training. He made you stronger and I took a lot from him when he was at the club. The way he was, he could be very challenging, but he pushes everyone because he wants to win and he makes you mentally strong as well. Another one I’d say is Pogba. He’s always been good with me. He’s always telling me to believe in myself, telling me that he believes in me, so he’s one that I’d say always pushes me in training. He’s always said positive things to me that have driven me on, so I’d have to say Paul is a big influence.”

Shaw was also asked about his favourite position to play, having been moved into a more central position by Ole Gunnar Solskjaer before the season was suspended due to the coronavirus pandemic.

Luke Shaw said  “I don’t really mind left centre-back because it was obviously something different for me. I thought I’d always prefer left-back because that’s where I’ve always played, but I’ve actually really enjoyed playing left centre-back, so wherever the manager puts me, I’ll play. But if I have to pick one, I’ll go for left-back.”

Pogba is often criticised by some pundits and fans, but Shaw joins the group of United players to publicly back the Frenchman and reveal the huge influence he has behind the scenes at Old Trafford. While answering questions from fans on United’s official website Shaw was asked which player has helped him develop the most over the years. As well as Ibrahimovic, he named Pogba as a personal mentor. The pair have played together at Old Trafford since the Frenchman returned to the club from Juventus in 2016.