#premierleaguestories – Challenges in restarting @premierleague season ( is it even possible ??) 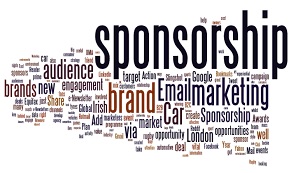 It still sounds fanciful but the Premier League is aiming to return on June 8. Fresh details of Project Restart have been published in this morning’s newspapers and the government are said to be keen on the league returning to “lift the nation’s mood.” But there are significant hurdles to overcome to execute that plan and many within football harbour doubts that top-level football in six weeks is possible. Here are the issues – both logistical and moral – that need to be dealt with and, adding them all up, you can make your own mind up if June 8 is a realistic target.

What happens if a player tests positives? Do we not go back to square one?

When Mikel Arteta and Callum Hudson-Odoi tested positive in the week football was put on hold last month, both Arsenal’s and Chelsea’s training grounds effectively shut down and deep cleans were undertaken. That was the right approach but should a player or coach test positive now are their colleagues expected to continue as normal? That would be grossly unfair and potentially dangerous. Will entire squads and their staffs quarantine together? What about the risk to their partners, children and other family members at home? Are they effectively going to be held captive in special accommodation? We are told welfare is the number one priority but do the authorities really mean it? Not if carry on becomes the default attitude.

Testing is still a problem

The government have mishandled many parts of this crisis but the area of testing and a litany of broken promises remains a desperate sore point. Doctors and nurses on the frontline have not had sufficient testing available to them, many told that they would only be checked if they displayed severe symptoms. The target of 100,000 per day by the end of this week would seem laughable if thousands were not dying. But if there remains a shortfall in six weeks, should we really be prioritising young men over those who are highly exposed to the virus or in vulnerable groups?

The players have been (or at least should be) working through their own tailored fitness programmes at home. Most clubs have delivered spin bikes and other gym equipment to their homes. They are being encouraged to run outside once keeping socially distant and those with big enough gardens have been working on their ball skills. But that is very different to playing competitive football. They will lack sharpness. The lack of contact and high-tempo training is significant. A three-week pre-season is said to be the aim and Arsenal and West Ham are among the clubs to have re-opened their training ground this week for players to workout safely until lockdown measures are eased. But three weeks is well short of a normal pre-season. At best players will not be at 100% when games take place, at worst many could end up getting injured. And increasing substitutes to five is not going to solve that.

How do we get players back to their clubs?

A cluster of foreign stars were given permission to return to their home countries to be with families. How challenging will it be to get them back? Are a fleet of private jets required to bring the likes of Willian to London from Brazil? When they come back will they need to be in quarantine for 14 days? And what happens if some are in countries with more severe lockdown measures where they are not actually allowed to leave? That is before considering that a couple may have reservations. Gonzalo Higuain, for instance, has expressed a reluctance to return to Italy.

We are still not certain what will happen to players out of contract on June 30. The Premier League’s plan is for games to take place between June 8 and July 27. Those who are on expiring deals will all have to negotiate with their clubs individually on short-term extensions to see out the rest of the campaign. If not then some teams could be without several players for the final few games. Chelsea alone could be without Willian, Pedro and Willy Caballero – although Olivier Giroud’s situation has since been sorted. That is before considering players who are on loan. All will need to be dealt with on a player-by-player basis before games restart.

Fixtures will be held behind closed doors, likely on neutral territory. But that also presents additional travel and accommodation issues. If, say, Chelsea or Arsenal must play a succession of fixtures in West Bromwich or Walsall, where will they train? If at Cobham or Colney, must they travel up and down every three days? That will increase the injury risk further. Sourcing adequate alternative training facilities seems rather difficult. Will there be quarantined hotels for Premier League clubs only?

You still need security, medical staff and maybe even ballboys

There might not be any fans but vast stadiums will still need dozens of security staff on hand to stop any potential infiltrators. You need ambulance crews present in case of a serious injury, using up additional medical resources at a time where they are stretched to near breaking point. And what about the other workers required. Are media going to be allowed in? Setting up a global TV broadcast requires a not insignificant number of bodies. Even small issues could have big knock-on effects. Will there need to be a couple of dozen kids on hand to act as ballboys? And what happens should one of them end up being infected without showing symptoms and return home to their families?

How hard is it to keep fans away?

When Paris Saint-Germain defeated Borussia Dortmund in an empty Parc des Princes last month and thousands of fans gathered outside? Madness, right. Yet the PSG players appeared at the back of one staff afterwards to celebrate with their supporters. What happens when Liverpool seal the league title? How difficult will it be to keep fans who have waited more than 30 years to be crowned champions of England away from partying? Protecting against such a mass gathering will, again, drain emergency service resources.

With fans locked out, can we watch games on TV?

For financial reasons this is one of the most sensitive issues, with potentially huge legal implications. As it stands 47 of the remaining 92 games will be broadcast on Sky Sports or BT Sport. But what of the 45 others? One government suggestion is that some are made free to air but that will upset Sky and BT greatly. Why would they spend hundreds of millions on rights if other games are shown free of charge? Another idea is for season ticket holders to get a special link to stream games live. That would likely create piracy issues and, some believe, lead the Premier Leagues towards a platform prevalent in all American sports where fans can buy an annual subscription to stream their team’s games. The broadcasting issue could redefine how we watch the Premier League forever.

We must not forget the EFL

And what of the Football League? On some issues unilateral agreement is a must, not least in terms of promotion and relegation. Again, a hypothetical scenario but if the Premier League was to finish within this timeframe and the Championship, League One and League Two end up being voided there will be a lengthy, painful number of legal objections. Will Leeds and West Brom be allowed up? The play-offs? What happens to the Premier League’s bottom three if not?

The most important question

Is rushing football back when thousands of people are dying really a good idea?

#premierleaguestories – #HugoLloris has revealed good relationship with #JoseMourinho at Tottenham #THFC
#premierleaguestories – Social distancing guidelines for West Ham #WHUFC squad to use training facility !!
We use cookies on our website to give you the most relevant experience by remembering your preferences and repeat visits. By clicking “Accept”, you consent to the use of ALL the cookies.
Do not sell my personal information.
Cookie settingsACCEPT
Privacy & Cookies Policy