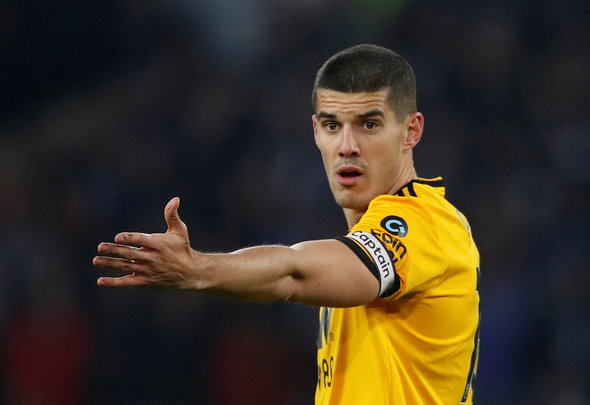 Wolves captain Conor Coady has insisted that the Premier League season must be finished – but reiterated how difficult it is to play behind closed doors.

Conor Coady said “First and foremost I look at it as a Wolves player. I am a huge Wolves fan now, I’ve been there for many many years and played hundreds of games. For our football club and our lads, our players, our supporters, it’s important to get the season finished because these seasons don’t come around that often in terms of how much we’ve enjoyed it, how much we’ve improved as a club and as a team and how much the supporters have ave enjoyed it as well. I think it would be such a shame if you turn around and look at it, the first season back in the Europa League and this has happened. One of our last game was against Olympiakos before the lockdown happened and the games finished. That was behind closed doors, we got a good draw with an away goal. Honestly, it was tough playing behind closed doors. The supporters make this game. I realised that even more after playing that game. Fans give you energy, they’re a big part of it. Everything about the game comes from the supporters so that is a real same but in terms of getting the season finished, it’s going to be the case that it will be behind closed doors and we need to get it finished but it is tough.”

The Premier League have reaffirmed their desire to ensure the 2019/20 season is completed whenever it is safe for games to return. However, it is inevitable that those matches will be played without supporters in the grounds, to prevent any further spread of COVID-19. Being a huge Liverpool supporters as well as Wolves captain, who still have a realistic chance of qualifying for Europe, Coady insisted the season must be played out.

#premierleaguestories – Watford player #JayDeMerit advises @premierleague players to learn from current situation
#premierleaguestories – #EdWoodward explains Manchester United #MUFC club finances may restrict signing #JackGrealish
We use cookies on our website to give you the most relevant experience by remembering your preferences and repeat visits. By clicking “Accept”, you consent to the use of ALL the cookies.
Do not sell my personal information.
Cookie settingsACCEPT
Privacy & Cookies Policy