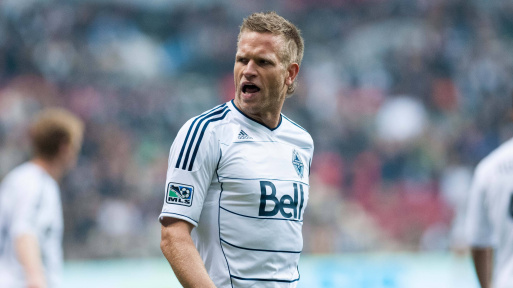 Former Watford player Jay DeMerit has suggested that footballers should make the most of the current football hiatus caused by the coronavirus outbreak to ponder their next career move.

Jay DeMerit said “I think that it’s in situations where we have never been in before, that football has been taken away from us, that we remind ourselves that ‘I can not do this. It is in times like these when we ask ourselves those questions (about what we want to do after the end of our career). I hope everyone is sitting at home and saying ‘What else could I do?’ and ‘What next?’ Hopefully the good thing of (this pandemic) is that footballers can think about later situations in life.”

DeMerit called time on his career in 2014 after a three-year stint at MLS side Vancouver Whitecaps and, although he has taken up other fulfilling activities, he has not quite managed to replace the buzz and adrenaline of match days. Although many of today’s Premier League footballers are paid astronomical wages throughout their career, many of them still seek new employment once their playing days are over. This also applied to DeMerit himself.

Jay DeMerit said “I only miss football on Saturdays. Those game days, that was a time when you walk up the stadium, there was that calm before the storm and the storm is the stadium…and you never know what’s gonna happen next (on the pitch)…that kind of stuff you can’t really replace. But I am always a fan, I enjoy watching football and enjoy supporting my football clubs. I definitely had to work again after my career. The very, very few will be making millions and have to never work again. You know, again, one per cent will make it, and the other 99 per cent won’t. And once you do make it, very few of those guys never have to work again. I had to work again because I only had two big contracts in my career because I did come to the game late. What I earned in football was enough to set me up for my new life and now I keep working and I like working.”

Given the large amount of spare time footballers now have in quarantine, and the fact that a career does not last forever, DeMerit offered a piece of advice to footballers, not least the ones entering the twilight years of their career, and suggested the current absence of training, game preparation, match-days and media duties is a taste of things to come following retirement.

#premierleaguestories – #JamieCarragher says Leicester City #LCFC deserve to play #ChampionsLeague football
#premierleaguestories – Wolves #wolvesfc captain #ConorCoady shares his view on playing closed door matches
We use cookies on our website to give you the most relevant experience by remembering your preferences and repeat visits. By clicking “Accept”, you consent to the use of ALL the cookies.
Do not sell my personal information.
Cookie settingsACCEPT
Privacy & Cookies Policy