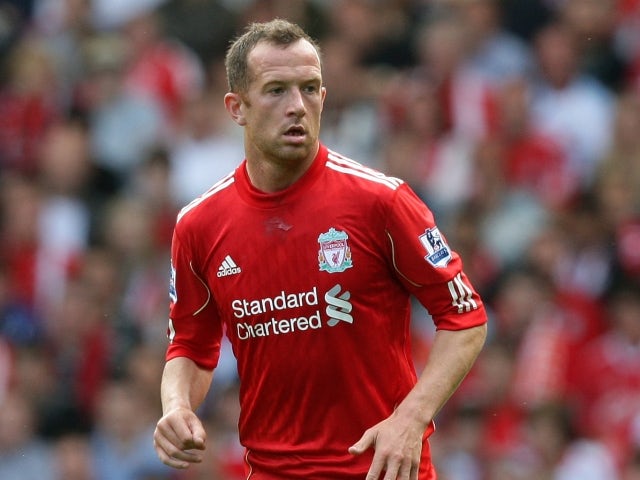 https://i2-prod.liverpoolecho.co.uk/incoming/article11413999.ece/ALTERNATES/s615/JS8661769.jpg
Brendan Rodger’s Reds managerial reign started in Toronto as Liverpool went on a pre-season tour of North America, Rodgers was without as many 11 senior players including captain Steven Gerrard and star forward Luis Suarez thanks to their participation in Euro 2012 and the London Olympics. As such, a number of unlikely players ended up turning out for the Reds during Rodgers’ opening weeks in charge, including a range of youngsters and some unwanted senior stars. And while the likes of Jamie Carragher, Martin Skrtel and Lucas Leiva all turned out and all featured regularly throughout the series, here are some of the players you might have forgotten were even there…

Signed by Kenny Dalglish from Blackpool the previous summer, Rodgers swiftly made the decision to part ways with Adam after signing Joe Allen from former club Swansea. However, the Scot did feature in pre-season first, starting against Toronto and Tottenham as well as coming off the bench to score late on in the Reds’ 2-1 defeat to Roma. Making his last competitive starts for the club in Europa League victories over Gomel and Hearts, the midfielder was sold to Stoke City in a £4m deal on transfer deadline day. Spending seven years with the Potters, he scored in their infamous 6-1 victory over Liverpool in May 2015, as well as in a 5-3 Reds victory the previous season, before suffering relegation in 2018. Unable to win promotion at the first time of asking, he joined Reading on a free transfer last summer and has made 25 appearances for the Royals to date.

Yes, that’s right. You are reading this correctly. Alberto Aquilani was STILL a Liverpool player when Rodgers took over as manager. Infamously signed when injured by Rafa Benitez as a disastrous replacement for Xabi Alonso in 2009, the Italian had just returned from a year on loan at AC Milan when the Northern Irishman took over, having enjoyed a campaign with Juventus the previous year. The midfielder started Rodgers’ first game against Toronto before finally making his final appearance as a Liverpool player against former club Roma.

Returning to Italy once more in early-August, this time on a permanent basis as he signed for Fiorentina, his form for La Viola actually earned him an international recall as he participated in the 2013 Confederations Cup and 2014 World Cup. With his contract not renewed in 2015, he spent a season with Sporting Lisbon before signing for Pescara and then heading to Sassuolo on loan. Aquilani retired last summer after a year without a club, having spent the final season of his professional career in Spain with Las Palmas and been released following their relegation from La Liga.

Having started the previous year’s FA Cup final following a relatively successful season individual season in the initial absence of Gerrard, Spearing was earmarked as the future of Liverpool by the documentary with the cameras spending time with the boyhood Red and his family at home. It made things a little awkward come the time the documentary aired with Rodgers having already sent the midfielder on loan to Championship side Bolton Wanderers. Starting all three of Liverpool’s games on tour, he made his final three competitive appearances for the club home and away against Gomel and away at Hearts in the Europa League before departing temporarily. Briefly appearing for the Reds again the following pre-season, he signed for Bolton on a permanent basis in the summer of 2013, going on to captain the club and experience both relegation and promotion, as well as a return to Anfield in the FA Cup in 2015. Also spending a half-season stint on loan at Blackburn that year, Spearing joined Blackpool on a free transfer in 2017 and continues to captain the club to this day.

Handed his debut under Benitez before making a number of European appearances for Roy Hodgson, sandwiched between loan spells at Huddersfield and Charlton Athletic, Eccleston even scored in Carragher’s testimonial against Everton in 2010. But that was as good as it got for the young striker, despite starting Rodgers’ first two games in charge against Toronto and Roma before coming on as a substitute against Tottenham. Sold to Blackpool on transfer deadline day, he spent time on loan at Tranmere Rovers, Carlisle United and Coventry City before spells in Scotland with Partick Thistle and Kilmarnock. Spending a brief spell with Hungarian side Bekescsaba 1912 Elore in 2016, he spent two years out of the game before signing for Nuneaton Borough in March 2019. However, he was withdrawn from the remainder of the games a few weeks later due to a lack of match sharpness.

Originally a highly-rated prospect in the Liverpool academy after being signed from Barcelona, Pacheco was handed his debut by Benitez and made a handful of appearances during the Spaniard’s final months at Anfield. Featuring in Europe under Hodgson, he spent the second half of 2010/11 on loan at Norwich City as he helped the Canaries win promotion before a season-loan move to Atletico Madrid, who in turn loaned him to fellow La Liga side Rayo Vallecano (It was weird, don’t ask). Starting Rodgers’ first game against Toronto before coming on against Roma, the diminutive Spaniard made three competitive appearances for the Northern Irishman including his final outing for the club away at Anzhi. Signing for Huesca on loan in January 2013, he was unable to help them avoid relegation before Alcorcon on a permanent basis that summer. Moving to Real Betis after a season, Pacheco has become something of a specialist in helping clubs win promotion from the Segunda division before moving on. A league winner with Betis in his first season at the club, he spent the next two seasons on loan at Alaves and Getafe, winning promotion as champions with the former and via the play-offs with the latter. Joining Getafe permanently, the forward enjoyed a year in La Liga before signing for Malaga in 2018 but has so far been unable to clinch a fourth promotion after suffering play-offs heartache in his first season with the club.