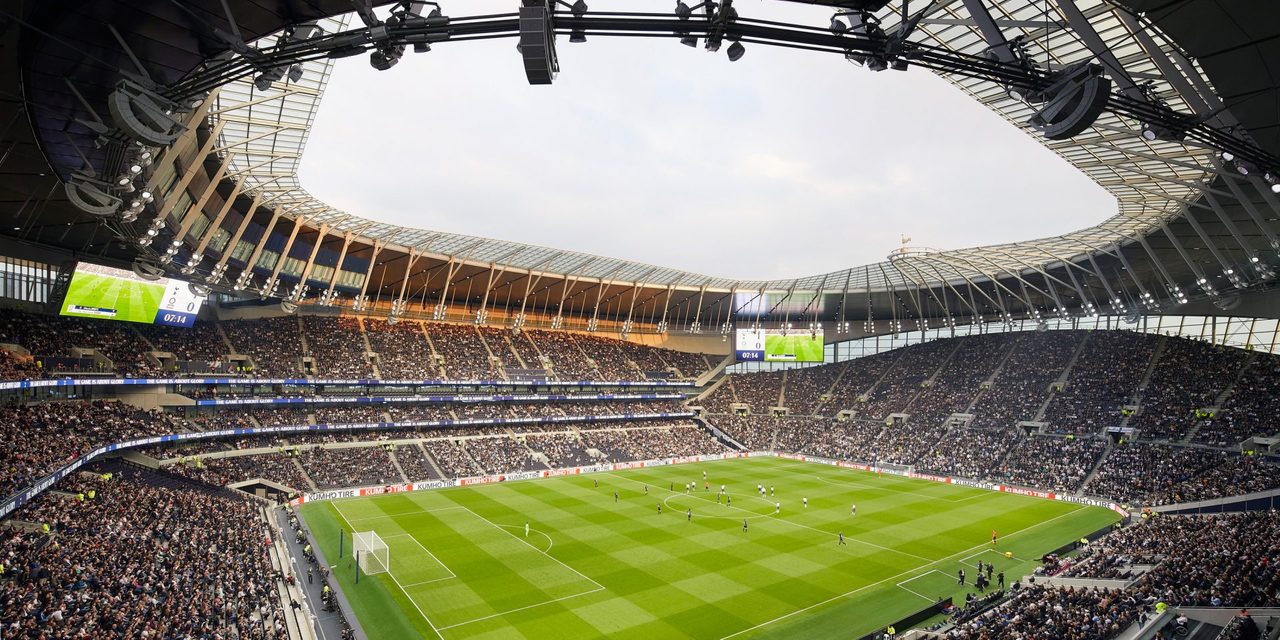 The Tottenham Hotspur Stadium has landed one prestigious award and was shortlisted for three others. Spurs’ enormous 62,303-seater stadium in north London was among hundreds of stadiums nominated in the TheStadiumBusiness Awards 2020. The grounds were then reduced to a seven-strong shortlist for the Venue of the Year award which is handed to “the world’s best stadium, arena or sports venue” in 2020. The stadium’s events and people involved were also shortlisted for three other awards. The first NFL game at the stadium – between the Chicago Bears and Oakland Raiders – was nominated in the final six for the Event of the Year award. The ‘High Street’ Concourse at the stadium was in the final seven for the Fan Experience award, while the stadium’s venue director Andy O’Sullivan was on the six-strong shortlist for the Executive of the Year prize.

Joining Tottenham’s home on the shortlist were the Allianz Field in Minnesota, Chase Center in San Francisco, Coca-Cola Arena in Dubai, Golden1 Center in Sacramento, Lord’s Cricket Ground in London and the Optus Stadium in Perth.

Now in their 11th year, TheStadiumBusiness Awards recognise a wide spectrum of achievements, including events, fan experience, innovation, sustainability and technology. A judging panel of industry experts and venue leaders decide on the shortlists and winners.  The Venue of the Year award is given each year to grounds ranging “from the small local club venue to the mega-capacity national sports stadium which deserves recognition for its outstanding performance over the previous 12 months”. Historically, the awards are announced at a gala dinner held during TheStadiumBusiness Summit, but in line with current restrictions, this year’s winners were announced online. Spurs’ stadium has now picked up 12 industry awards since its opening just over a year ago in categories including structural engineering, architecture, building design, branding and wayfinding, and inclusivity.

“Since opening in April 2019, the new, 62,000-capacity Tottenham Hotspur Stadium has set a new benchmark for the fan experience in European football,” it read. The Populous-designed venue has a fully retractable playing surface, is the first purpose-built home for the NFL in Europe and has been designed to deliver an outstanding matchday atmosphere for both sports and entertainment. With uninterrupted sight lines and spectators closer to the pitch than at any comparable ground in the UK, the steep stands create a tighter, more compact stadium bowl. Fan spaces include the five-storey atrium in the South Stand with food stalls, a microbrewery and a 65-metre bar – the longest in Europe. Whilst the facilities and fit-out are impressive in themselves, it is the performance of the venue as a business and as a fan destination that stands out.”

The latest award comes at a time when Spurs have been doing plenty with the stadium to help the NHS and the struggle against the coronavirus. Their home has been re-purposed and fitted out to house the North Middlesex Hospital’s Women’s Outpatient Services, freeing up much-needed capacity at the hospital itself to treat patients with COVID symptoms, whilst taking pregnant women away from the hospital during the pandemic. Equipment has also been installed at the stadium to operate drive-through COVID-19 testing and swabbing for NHS staff, families and their dependants. The big space where the retractable pitch sits when not in use is being used as a distribution hub by the London Food Alliance – a new scheme set up to ensure food supplies for the most vulnerable people within the capital. Vegetable produce from Spurs’ training ground is being provided to help those supplies and club staff have been already been, and more will be joining them, volunteering to support the NHS activities at the stadium. On top of that, the club-funded London Academy of Excellence Tottenham, based in Lilywhite House, is being used to produce protective face shields for the NHS with 1,000 expected to be produced weekly.