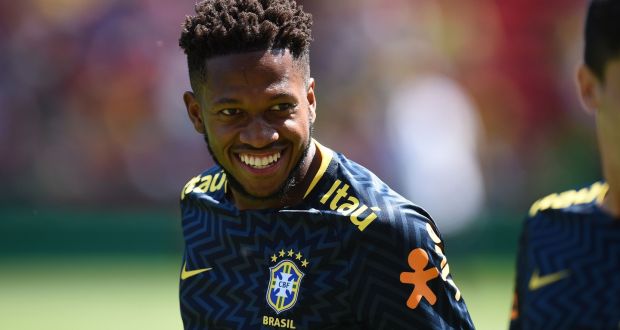 Fred says a more stable home life has underpinned his superb second season with Manchester United. United signed the midfielder for £52million from Shakhtar Donetsk in 2018 but Fred endured a difficult first season in England amid the sacking of Jose Mourinho, and went 53 days without playing under Ole Gunnar Solskjaer. Fred, 27, was granted permission to skip United’s warm weather training trip to Dubai in January 2019 since his wife, Monique, was about to give birth to their firstborn son, Benjamin. The Brazilian also missed two weeks of pre-season in July to get married in his home city of Belo Horizonte.

Fred said “There is always that adaptation process, right?. Last season was very difficult. It changed a lot not only in my career, but also in my personal life. My wife was pregnant when I arrived in England; we were in a different condition. I arrived at a club of a gigantic dimension, a championship that is the most disputed, the best in the world. So it ends up being difficult to adapt. But this season I already managed to put my football into practice. I had a good sequence of games, which I didn’t have last season, and I am very happy to be playing well, to be doing a great championship and I hope that when I return I can improve more and more. In the Premier League it is difficult, the midfield is very congested; there is a lot of pressure and the game is very fast. So it’s hard for you to spend a lot of time with the ball; you have to be very fast, you have to think long before the ball reaches you. So, we try to control as much as possible on the pitch, try to work it out a lot. I don’t say that there is a lot of difference between Fred from Shakhtar and Manchester, we are adapting. Here at United, I score a little more, I improved a lot. I think that is the main difference.”

The MEN reported in September Fred and his camp viewed his first year in England as one of ‘adaptation’ after five years in the Ukrainian league. Fred found the day-to-day routine at United much harder than he experienced with Shakhtar, and sources close to the Brazil international described the differences between Ukrainian and English football as ‘notorious’. United staff still gave ‘very positive’ feedback on Fred’s training performances and Fred made arrangements at the start of the current season to do extra conditioning. The Brazil international has started the last 22 Premier League matches to cement his status as a first-teamer at the club and is a contender for the Sir Matt Busby Player of the Year award.

#premierleaguestories – Newcastle United #NUFC #takeover deal gets discussed in Parliament and handed over to @Premierleague
#premierleaguestories – Tottenham Hotspur Stadium #THFC wins award ‘for world’s best stadium’
We use cookies on our website to give you the most relevant experience by remembering your preferences and repeat visits. By clicking “Accept”, you consent to the use of ALL the cookies.
Do not sell my personal information.
Cookie settingsACCEPT
Privacy & Cookies Policy