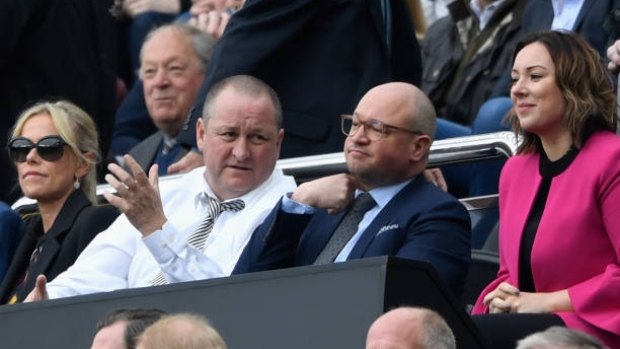 For all the noise surrounding Newcastle United’s takeover deal between Mike Ashley and the Saudi Arabia-backed consortium looking to buy the Magpies – the government have now made their stance crystal clear.  Having found their name bandied across newspapers across the world in the last couple of weeks, Newcastle United were even a subject in Parliament on Wednesday.

John Nicholson, SNP, put his concerns to Culture Secretary Oliver Dowden on ‘sportswashing’ and the suitability of the potential new owners with their relationship to Saudi Arabia Crown Prince Mohammed Bin Salman

Culture Secretary Oliver Dowden said: “First of all it is not him personally buying it. We have good foreign relations with Saudi Arabia and have never been shy of raising all these human rights abuses and we will continue to do so. This is a matter for the football league and I don’t intend to vary the approach that it is for the football league to carry out that assessment. I am content that they should carry out that test. The fit and proper person test is undertaken by the Premier League. I don’t want to prejudge the process. I would also take slight issue with the characterisation of him personally.”

Richard Masters said “I can assure you that these processes go beyond those required by UK company law and they are applied with equal rigour to every single prospective purchase of a Premier League club.”

On the back of complaints from beIN Sports, who urged every Premier League club to oppose the takeover at Newcastle, due to concerns over piracy of broadcasting rights through a channel called beoutQ, the channel’s sports anchor Richard Keys then suggested that the next two weeks will be significant.

Richard Keys said “The one thing Mike Ashley has not done is comment on this speculation surrounding the current bid – said nothing. I still believe he would prefer the other bid to come to a successful conclusion. The Saudis, I think, have got two weeks exclusivity left, and then watch and wait for developments.I know for a fact there’s another bid on the table – and there has been for some time. I thought it would come to a conclusion at Christmas. I thought it might come to a conclusion early in the New Year.”

Amid all of the talk of what’s right and what’s wrong, what has not been challenged is the fact that Ashley is ready to move on from United and new owners in Amanda Staveley, the Reuben brothers and one of the biggest companies in the world in Saudi Aramco are ready to invest in the Magpies. The situation remains in the hands of the Premier League.

#premierleaguestories – #JurgenKlopp fires Liverpool’s #LFC title warning to Manchester City #MCFC
#premierleaguestories – #Fred shares secrets of improvement at Manchester United #MUFC
We use cookies on our website to give you the most relevant experience by remembering your preferences and repeat visits. By clicking “Accept”, you consent to the use of ALL the cookies.
Do not sell my personal information.
Cookie settingsACCEPT
Privacy & Cookies Policy