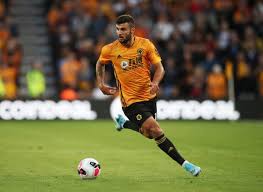 Patrick Cutrone reflects fondly on his time at Wolverhampton Wanderers, despite leaving the club just six months after arriving. Young Italian forward Cutrone was signed for around £16m from Serie A giants AC Milan last summer, but he managed to find the net just three times in the first half of the campaign while playing second fiddle to first choice forward Raul Jimenez. The opportunity in January arose to return to his native Italy with Fiorentina, and Cutrone left Wolves on an 18-month loan deal.

Patrick Cutrone said “Premier League experience was very important. I grew a lot both humanly and in football, from the human point of view it was my first real experience away from home where I was able to learn about a new culture and a new lifestyle. In football, on the other hand, I improved a lot and I learned to value English football even more, which has always fascinated me enormously. When the opportunity to go to Florence was presented to me, the idea immediately thrilled me.”

Cutrone signed a four-year deal when he joined Wolves last summer, but Fiorentina will have the option to make his loan deal a permanent arrangement in the summer of 2021, if all things work out. Cutrone feels are though he’s benefitted from his time at Molineux, and his jaunt to England has helped him to mature as a footballer and as a person.

#premierleaguestories – #GarethBale identifies Tottenham #THFC as “us Tottenham fans”
#premierleaguestories Watford #WatfordFC- How #ChristianKabasele is staying in shape during #lockdown
We use cookies on our website to give you the most relevant experience by remembering your preferences and repeat visits. By clicking “Accept”, you consent to the use of ALL the cookies.
Do not sell my personal information.
Cookie settingsACCEPT
Privacy & Cookies Policy