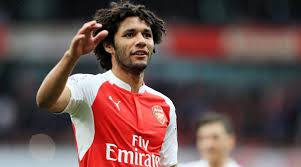 Brought to the club by Arsene Wenger in January 2016, the Egyptian Mohamed Elneny was seen as something the Gunners needed: a tactically astute, technically sound defensive midfielder also capable of contributing in the attacking third.  An intelligent reader of the game, Elneny didn’t wait long to make an impression, winning the club’s player of the month awards for March and April.  But despite his abilities, Elneny could never quite hold down a starting place over prolonged periods.  Then, after a year on the fringes, last summer he was advised by Unai Emery to find a different club.  Having just turned 27, that frank conversation with the Spaniard was a major blow at a critical juncture in Elneny’s career. However, while Shkodran Mustafi – the other player told to find employment elsewhere – remained before finding himself back in the team under Mikel Arteta, Elneny has been rebuilding his confidence in Turkey, on loan at Besiktas.  After jetting off to Istanbul, the midfielder endured a nightmarish introduction to Turkish football, being sent off during the club’s 3-2 defeat by Gaziantepspor. While that mishap was hardly conducive to settling swiftly, Elneny has not let it shape his experience in Turkey.  Those Arsenal fans who hold out hope of Elneny’s return will be encouraged to hear that he has seen regular first-team action under two different managers – Abdulla Avci and Sergen Yalcin – at Besiktas.

Gilberto Silva said “In the last few years, the situation has been difficult at Arsenal. They have very similar players in midfield, with profiles that resemble each other and not really players of the profile of Patrick Vieira, or even my profile. The only individual who resembled [us], that could have been Mohamed Elneny, but he didn’t play. But they have not really had those types of players to cover the defensive midfield position.”

While it’s certainly dubious to mention the Egyptian in the same breath as the captain of the ‘Invincibles’, it remains to be seen whether or not Arsenal boss Arteta shares that view. With Granit Xhaka, Matteo Guendouzi and Lucas Torreira, there is stiff competition for places among Arteta’s current crop. However, should he return in the summer, it’s unlikely that Arteta will give Elneny the cold shoulder without affording him an opportunity to revive his Arsenal career.  On the cusp of his peak years, the next year may prove pivotal in the midfielder’s career.

#premierleaguestories – #DejanLovren makes #VAR joke as Liverpool #LFC man flies into savage tackle on son
#premierleaguestories – #MikelArteta identifies #DavidLuiz as Arsenal #arsenalfc player who he expects to become a coach
We use cookies on our website to give you the most relevant experience by remembering your preferences and repeat visits. By clicking “Accept”, you consent to the use of ALL the cookies.
Do not sell my personal information.
Cookie settingsACCEPT
Privacy & Cookies Policy