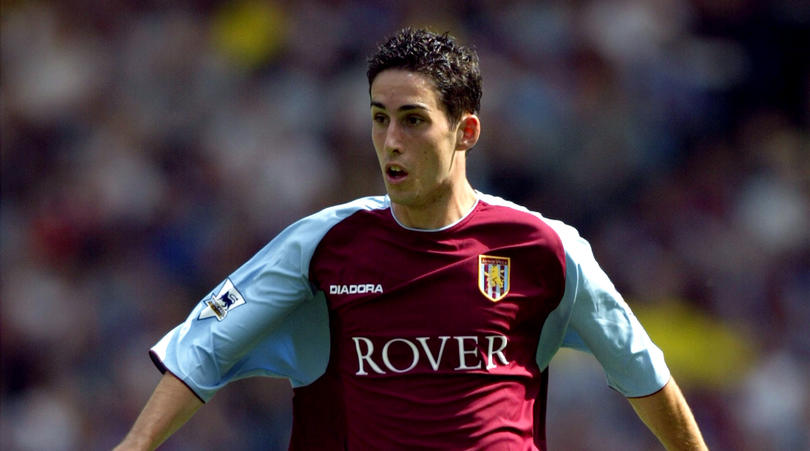 Where it all began..

Aston Villa youngster Peter Whittingham was told by manager David O’Leary that he had the potential to play for England after signing a new four-year contract with the English midlands club. England under 20 international Whittingham committed himself to Villa until the summer of 2007.

Peter Whittingham played 66 games for Villa and had loan spells at Burnley and Derby before joining Cardiff in 2007.

Peter Whittingham made over 450 appearances and scored 98 goals in 10 years at Cardiff before finishing his career at Blackburn in 2018. He scored 98 goals during his decade in the Welsh capital, placing him ninth on the club’s all-time list of goal scorers, and created many more. An FA Cup final appearance and the heartbreak of a penalty shoot-out defeat by Liverpool in the Carling Cup final, as well as promotion to the Premier League in 2013, all helped build a lasting bond with Cardiff fans. Ole Gunnar Solskjaer was Whittingham’s manager from January 2014 until September that year, with the midfielder part of the Premier League squad that were relegated in the 2014-15 season.

Various Premier League clubs, West Ham amongst them, tried their best to prise Whittingham away. But he always chose to remain with Cardiff, thus enhancing his standing even further in the eyes of the fans.

Peter Whittingham was a dead-ball specialist with a devastating left foot, his swagger in possession and ability to make things happen soon won the home faithful over. Whittingham, a laid-back and unassuming character, was regularly described as the best player in the Championship as Cardiff fought to get into the Premier League. His crossing was probably the best part of my game.

What are the moments we remember Peter Whittingham for…

Peter Whittingham played in two major cup finals – the FA Cup final in 2008 and Carling Cup final in 2012 – and won a Championship winners’ medal in 2013 as Cardiff were promoted to the Premier League.

Peter Whittingham’s winning goal against Barnsley in 2011 was Football League goal of the season.

Where is Peter Whittingham currently ( March 2020 )…

Peter Whittingham died at the age of 35 due to “an accidental fall” at Park Pub in Barry Wales on 7 March and had been in hospital with head injuries.

Ole Gunnar Solskjaer said “Peter was a fantastic footballer and an incredible human being. I thoroughly enjoyed working with him during my time at Cardiff City.”

Whittingham’s former Cardiff team-mate Aaron Ramsey said “Friday mornings at training when senior pros would take on the next generation. More often than not, Whittingham was the first pick among his peers. I’m proud to have played alongside you and will always remember the young v old games and you just running the show,”

Peter Whittingham  said “The biggest regret for me personally is the fact I couldn’t say goodbye to everyone surrounding the Cardiff club, the fans. It’s something I would’ve loved to have done. That’s football, things don’t work out I suppose but I’m sure I’ll be back there soon enough. The gaffer offered me a one-year contract and he said: ‘You’re not going to play as much as probably you’d like’. That kind of rubber-stamped things for me. It’s one of the hardest decisions I’ve ever had to make to leave Cardiff after such a long time.”

Peter Whittingham  said  “Winning the FA Youth Cup final in 2002 and making my Premiership debut was my best moment. Being released by Coventry was hard, especially as I was a fan.”

Peter Whittingham  said   ” David O’Leary gave me my big chance, which was obviously influential. And my dad has always been really supportive, taking me to Coventry and driving me to training and my trial at Villa. He’s happy now and glad that he did!”

Peter Whittingham  said   “Before I made my debut Dion Dublin told me to make sure I stayed relaxed and played the same as I would in training. That really helped.”

Peter Whittingham  said   “Thierry Henry, last season. He must be the fastest player in the world – I bet he could compete with the 100m sprinters! He has everything though – speed, strength, touch, the lot.”

Peter Whittingham  said “If any woman asked you for your autograph, who would you choose. There are a few to choose from, but I’d have to go for Kelly Brook.”

Peter Whittingham stats , what you can find on Wiki ( and other sites )… 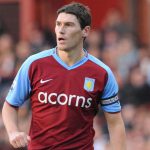 It's more than a number. The digits Aston Villa stars and flops wear on the backs of their shirts can be ...
Read More

#Featured #PremierLeagueStories – Why no outcome of #emergency @premierleague meeting will be perfect and extra strings that have to be attached ( #mustread for #premierleaguefans )
#PhilNeville – Football all rounder ( Player, Coach, Manager, Commentator and Pundit )
We use cookies on our website to give you the most relevant experience by remembering your preferences and repeat visits. By clicking “Accept”, you consent to the use of ALL the cookies.
Do not sell my personal information.
Cookie settingsACCEPT
Privacy & Cookies Policy