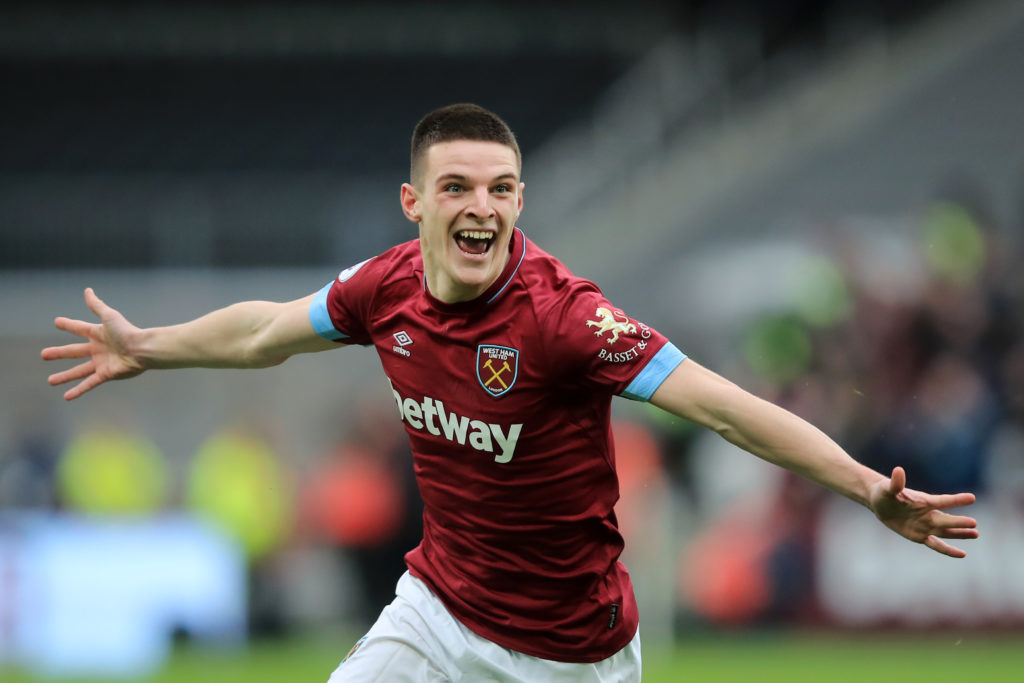 West Ham ace Mark Noble suggested that he was gutted for Liverpool goalkeeper Adrian after the goalkeeper made a howler against Atletico Madrid in the Champions League on Wednesday night. The 33-year-old joined the Reds in the summer on a free transfer, after his contract had expired with the Hammers.

Mark Noble said “Obviously we know Adrian well from his time at West Ham. And I was gutted for him after he made the error which led to Atletico scoring in extra-time. What really disappointed me, though, was the criticism of Atletico, the way they put plenty of players behind the ball and defended for their lives. Yes, that’s just what Atletico did do but so what?”

Adrian had a successful six-year spell with West Ham, having joined on a free transfer from Real Betis in the summer of 2013. The Spaniard racked up 150 appearances for the east London outfit, keeping 43 clean sheets in the process.

Declan Rice has set his sights on wearing the West Ham United captain’s armband ‘one day’, but insists helping the Hammers secure Premier League safety is his immediate concern. The 21-year-old has already skippered the Hammers on one occasion, leading the team during the Premier League fixture with Leicester City at London Stadium in December.

Declan Rice said “One day, I’d love to be captain and that’s where I’ve got to set my standards at. I think I’m capable of doing that. I need to get more experience and improve my leadership abilities, but for sure I can see myself captaining [West Ham] one day. Yes, but it’s a tough one because Nobes has obviously done so well and you don’t know how long he’ll go on for!” he smiled, referring to the 32-year-old’s amazing resilience and longevity. I had the honour of having the captain’s armband this season and it felt really special, but I felt the pressure of it! Leading the team out with the armband on was so, so special and something I’d never have dreamed of as a kid.”

But before he can think about succeeding Noble, Rice’s focus is on helping the Hammers climb away from the bottom three and securing their place in the Premier League for next season.

West Ham United have been dismissed by their London rivals over plans to ban troublemakers from stadiums in the capital. West Ham fans have been protesting against co-owners David Sullivan, David Gold and their vice-chairman Karren Brady this season. A large section of supporters is unhappy with the way the club has been run over the last 10 years. Media reports suggest that the Hammers hierarchy wanted Tottenham, Arsenal and Chelsea to sign a peace pact aimed at bringing in a ‘groundbreaking cohesive approach to crowd trouble’ following a series of crowd disorder incidents. But West Ham’s idea – which also included a set of principles to tackle hooligans – received a ‘lukewarm’ response and their London rivals reportedly saw the plan as ‘naive’.

The Mail said in its report “The Hammers say that the plans have been ditched after the Premier League subsequently decided last month to bring in a groundwide ban across the league for supporters who have been banned from one stadium for violent or abusive behaviour, following a flare attack on the home of Manchester United executive vice chairman Ed Woodward, However, sources have disclosed that the proposals received a ‘lukewarm’ reception from a number of other clubs in the capital with some having informed the Hammers that they were unwilling to support the idea before it was canned.”

More than 8,000 fans joined a peaceful march before the win over Southampton and another protest is planned ahead of the Burnley game next month. The protests have been organised and law-abiding. They come after angry fans invaded the pitch during a 3-0 defeat to Burnley in March 2018.

​Former West Ham manager Harry Redknapp has conceded he learnt a harsh lesson after he was sacked by the club back in 2001. The boyhood Hammer enjoyed a fruitful spell as boss at Upton Park between 1994-2001, having made 175 appearances for the club during his playing career. Despite going on to achieve FA Cup glory with Portsmouth while West Ham was relegated the following season, Redknapp concedes he regrets the manner of his dismissal from the club and says the saga taught him a tough lesson.

Harry Redknapp said “I was choked [when I was sacked by West Ham], I did an interview with the fanzine and maybe I said one or two things about the chairman, whether that was it I don’t know. Looking back, it was a silly thing I did. I was chatting like I am with you now. Obviously, it got printed and Terry wasn’t too happy about it. That was a harsh lesson, keep your mouth shut.

Some reports suggested that he could be in line for a return to his beloved Hammers following the sacking of Manuel Pellegrini earlier this season, speculation that was made all the more intense by the fact Redknapp is good friends with the current West Ham owners, David Gold and David Sullivan. However, the club instead opted for former ​Manchester United manager David Moyes.