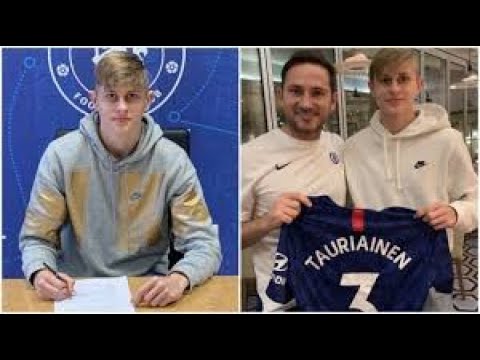 The Champions League Round of the 16-second leg away to Bayern Munich next week will take place without supporters inside the stadium. The decision was confirmed by UEFA this afternoon, as a precaution against the COVID-19 coronavirus outbreak and applies to both Bayern Munich and Chelsea fans. The match is on Wednesday 18 March. Chelsea released a statement regarding the refund of the tickets purchased by fans.

Chelsea said “Chelsea supporters who purchased a ticket for the game from the club will receive a refund. Those who paid by credit or debit card will receive the refund within 10 working days to the original card used. If you paid by cash then the club will contact you to arrange a refund. Chelsea Football Club regrets any financial loss, inconvenience and disappointment caused to supporters, but we are sure our fans understand these are exceptional circumstances beyond our control. Supporters who booked a travel package via our official travel partner CTM will automatically receive a full refund of the travel and ticket costs. If you have arranged travel and accommodation independently then you will need to contact those companies yourself about any possible refunds.There will be no live screening of the Bayern Munich match at Stamford Bridge. Presently there are no restrictions on Chelsea fans attending our Premier League match at Aston Villa on Saturday.”

Amid the news, there are also rumours that premier league matches are likely to be played behind a closed door and the Manchester City v Arsenal match has already been postponed considering Arsenal played Olympiacos two weeks ago and some of the players from that match are still within the 14 day quarantine period.

Ethan Ampadu is confident that ‘talent and hard work’ will pay off in Chelsea career. The 19-year-old is currently on loan at German club RB Leipzig from Chelsea.

Ethan Ampadu said “In our sport most people progress on talent and hard work — and that’s what I see at Chelsea. It is great to see that [the other young players] are doing so well. They all have great talent and deserve every minute they get pitch time. It shows that young players under a young manager who believes in them can be successful in the Premier League. I’m in touch a little, and it’s been a great season for some of the younger players because the manager has shown such faith in them and so far, it’s turning out well. I’m just concentrating on my football and trying to get better every day. I followed Chelsea as a young fan until I joined the club as a player aged 16. From that point, I thought only about its future and that’s all I am concerned about. It’s my club, always has been and it will always be my home in football. [But] my focus is at Leipzig until May and then the European finals with Wales. […] A good performance [is] what I expect of myself in every game. I work hard to be the best professional I can be and that won’t ever stop until retire.”

Despite having shown some very impressive glimpses of his talent, Ampadu hasn’t been finding a spot in the Leipzig team. He performed admirably against Spurs in the champions league first round but hasn’t played for the team since.

Chelsea has reportedly won the race to sign Finnish youngster Jimi Tauriainen. Tauriainen, 16, whose father Pasi was capped 34 times by Finland, has been on the radar of a number of top clubs in Italy, Spain, Germany and England after impressing for HJK Helsinki’s youth teams. It appeared Tauriainen was set for a switch to Serie A after trials with both Juventus and Inter Milan, but the promising winger has instead agreed to complete a switch to west London.

Many pictures of the youngster have been revealed on social media of the youngster signing his contract as well as posing with Frank Lampard. The Finnish teenager will join the club in summer.

Out of contract winger, Willian has confirmed to media that his contract talks with Chelsea have halted and that as it stands he will have to leave West London in the summer. The Brazilian’s wife posted a social media post after Chelsea’s 4-0 win over Everton that the 31-year-old will be leaving Chelsea in the summer but will be staying in London, presumably with Arsenal or Tottenham.

Willian said “In fact we like London. I’ve talked about that a lot of times. It’s a city that me and my family love to live in. And I really don’t know why she published that [on social media]. But indeed, it’s because the contract situation here is not easy. Chelsea offered me two, I asked for three, and we stopped there. There’s nothing more to it.”

Frank Lampard is said to be a huge admirer of Willian and wants him to stay at the club but Marina Granovskaia the Football Director is not keen to give a 31-year-old a longer than one year deal. It will be interesting to see what Willian does as Jose Mourinho who is a long time admirer of the player would love to take him at Spurs and even tried to sign him during his time at Manchester United.