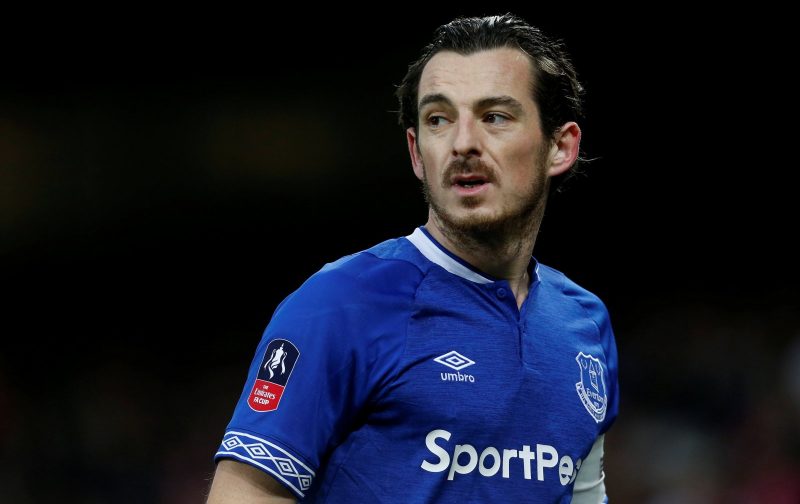 French international and Everton full-back Djibril Sidibé has appeared to confirm that he is set to join the Toffees permanently after his initial loan spell from AS Monaco comes to an end this summer.

Djibril Sidibé said “I have had a discussion with the Monaco board, they know my position, I know theirs. My aim is to play matches at a high intensity, which is what I have discovered in the Premier League. Concerning Everton, I have my position, I also know the coach’s position (Carlo Ancelotti). I can’t say, but on my side everything is green lit. The coach likes me, he has faith in me. Then there are things that will count that I do not have control over, Monaco’s position, Everton’s position. My aim is to play the maximum number of games until the end of the season, EURO 2020 is coming. (Everton) really want to invest to reach the European places and that is something that is well on its way and that interests me, it is what I want, we will see what the future has in store.”

Sidibe has played 19 times for the club since his move from France. The versatile player has played across a variety of positions and his deal includes an option of Everton being able to buy him on a permanent basis at the end of the season.

In an interview given to Liverpool legend Jamie Carragher, Everton manager Carlo Ancelotti has said that he is not at the club for a big payday or retirement money but he wants to see the club qualify for the champions league.

Carlo Ancelotti said “Next season we have to qualify for the Champions League, I am here for this. I am sure this club has that ambition, The owner wants to be at the top. That is for sure. The idea is clear. I do not know how long it will take, but it will not take long. The spine of the squad is competitive. I do not know what the target will be this season, but next season we have to fight for the top four. I do not need the money, I see Everton like I saw Napoli. It was fantastic to be in Milan, Madrid and Munich, but sometimes you get the possibility to grow a good project. We have young players with quality – players like Richarlison, [Dominic] Calvert-Lewin, [Mason] Holgate and [Lucas] Digne. The base of the team is good. Holgate signed a new contract and Dominic is going to [later confirmed on Friday evening]. We have a spine and want to improve the squad in the summer.”

Ancelotti was appointed manager of Everton after a disastrous spell by Marco Silva at the club. The Italian has not only taken the club away from the relegation fight but they are very much in the conversation for a Europa Leauge spot next season, something that was beyond imagination during the last days of Silva.

Just 112 days after suffering a horrific ankle injury in a challenge with Tottenham’s Son Heung-min at Goodison Park in November, Everton midfielder Andre Gomes made a remarkably early return to first-team action last month. The 26-year-old former Benfica and Barcelona player spoke about his recovery, the people who have helped him along the way and those he now hopes to inspire.

Andre Gomes said “I was aware of everything, I was aware it wasn’t only traumatic for me but also for people in the stand looking straight at me. I remember when the doctor wanted to put my ankle in the right place. I was all the time looking to my knee. I was holding my leg with my knee in front of my eyes so I couldn’t see my foot. I didn’t want to have the mental picture of that trauma. I didn’t see my foot, but I could see people in the stand. Their reaction was horrible. When you go to a game you want to enjoy the show and don’t expect to see something like that. My brother tried to jump from the stands straightaway to the pitch because he was going crazy with everything. But I tried to make it clear that if I am training with the boys it is because I am available and I am OK to do that. So I was asking the players to be normal, don’t go easy on me. I needed to prepare myself for the next step and the next step was competition. I needed to be ready to be on the pitch and be normal so let’s start on the training ground. The boys they understood and actually it was pretty easy.It doesn’t matter your issue, your job, whatever you are doing, what you are suffering. Make yourself believe you can do something. That’s my message.”

Carlo Ancelotti wants Leighton Baines to extend his Everton career into a 14th season after the left-back’s accomplished displays deputising for Lucas Digne in the past fortnight.

Carlo Ancelotti said “Our idea, the idea of the Club, is, ‘Don’t stop playing, stay with us for the next year’ We would like to keep him and are going to talk with him. It would be good for us if he can stay. Physically, he has no problem. It [Baines remaining beyond this season] depends on what he is thinking and whether he wants to continue. I think he wants to continue but it is his decision.”

The 35-year-old had played very few matches until the arrival of Carlo Ancelotti who quoted the example of Maldini playing and winning titles at the age of 40 in order to motivate Baines to stay on at the club beyond the summer.

#PremierLeagueStories @Arsenal – #PabloMari is planning for long future with gunners + #LucasTorreira out for the rest of the season + drop in revenue as #clubfinances are revealed ( and other Arsenal stories )
#PremierLeagueStories @CPFC – #RoyHodgson signs one year extension + #LukaMilivojevic happy over progress at club + #JamesMcArthur reveals squad togetherness ( and other Crystal Palace stories )
We use cookies on our website to give you the most relevant experience by remembering your preferences and repeat visits. By clicking “Accept”, you consent to the use of ALL the cookies.
Do not sell my personal information.
Cookie settingsACCEPT
Privacy & Cookies Policy