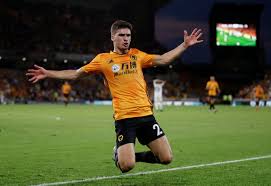 Wolves boss Nuno Espirito Santo said that his side my improve their performance levels when they take on Olympiacos in their Europa league last 16 ties against the Greek side on Thursday after a goalless draw against Brighton in the league.

Nuno Espirito Santo said “I don’t feel it was two points dropped. Brighton played well and just like all the team in the premier league they are a tough team to play against. Yes, Olympiakos will be another tough challange and we must improve our level to compete. For this team, the journey began three years ago and now we are here. It’s a process, at the end of the day, i am less concerned about the result but about how hard we try on the pitch.”

Wolves advisor & Fosun International associate, Jorge Mendes’ house in Portugal is said to have been searched by Portuguese tax authorities as part of an ongoing investigation. The Portuguese attorney’s office has confirmed it conducted dozens of searches on Wednesday in connection with its investigation into tax evasion and money laundering at some of the country’s biggest clubs, as well as the super-agent Jorge Mendes.

The tax authorities in Portugal said “As part of an investigation conducted by the public ministry of the Central Department of Investigation and Penal Action (DCIAP) and whose investigation is in charge of the Tax and Customs Authority (AT), 76 searches are under way, including house searches, namely, in several football clubs, their societies and managers, law firms and intermediaries,”

Mendes, whose Gestifute agency looks after a number of the world’s top footballers, has been working closely with  Wolves since Fosun bought the club in 2016. The partnership has resulted in a number of Mendes’ clients – including Raul Jimenez – signing for Wolves.

Nuno Espirito Santo has insisted he is pleased with ‘special’ Wolves wing-back Ruben Vinagre as the Portuguese defender is set for an extended run in the team. The 20-year-old spent a month on the sidelines himself at the beginning of the year with a hamstring issue but returned towards the end of February. Despite some criticism over his defensive ability, Nuno says he ‘trusts’ Vinagre to take Jonny Otto’s place.

Nuno Espirito Santo said “They are different but also they understand the philosophy and the tasks of the position that they occupy, You have the same shape with different players, the characteristics change by individual situations that we have. They are different but they are also very good players – we trust them. He has been out and now he is ready and I think he can improve and help the team. I think he’s growing, it’s our third season already with Vinagre.  The talent is there and that’s why Vinagre is massively important to us. He’s so versatile and can give us some different things during the game. He’s special.””

Vinagre joined Wolves in 2017 on a season-long loan deal from Monaco before signing a five-year contract with the club. He has played 60 matches for the club in the championship and the premier league seasons and has scored three times.

Diogo Jota has revelled in Wolves’ attack in recent weeks, netting six goals and creating two assists in his last three appearances. The forward was heavily involved at the Tottenham Hotspur Stadium last weekend, and even though he is currently in a purple patch when it comes to putting the ball in the back of the net, he believes the most important thing is continuing to help the team win games when he might not be as fruitful in front of goal.

Diogo Jota said “I think the team’s and the players’ form varies throughout the season. Right now, I’m being able to help the team. Even though I wasn’t scoring in the other matches, I think I always helped the team defending and attacking and that’s what’s most important. We’re like a family inside the pitch and we want to keep going like this, seeking to get more wins. Even though it’s a small country (Portugal & its influence in premier league), I think we work well and above all, we are very ambitious. All the people involved possess a great ambition, a desire to go far, not only the players, but also the managers, fitness coaches, doctors. “I think everyone has that desire to go as far as possible and think that’s what’s happening and is going to continue to happen.”

Jota has scored six goals and provided one assist in the last four matches for the club helping them in the premier league as well as the Europa League.

#PremierLeagueStories @SheffieldUnited – #ChrisWilder & #SanderBerge Praise #DeanHenderson + ties with Saudi Arabia deepening for Blades + #JohnFleck admits money is not everything for them ( and other Sheffield United stories )
#PremierLeagueStories @LFC – #JamesMilner reveals #JurgenKlopp gives “rocket messages” + #JurgenKlopp admits #overcelebrations in front of the linesman ( and other Liverpool stories )
We use cookies on our website to give you the most relevant experience by remembering your preferences and repeat visits. By clicking “Accept”, you consent to the use of ALL the cookies.
Do not sell my personal information.
Cookie settingsACCEPT
Privacy & Cookies Policy