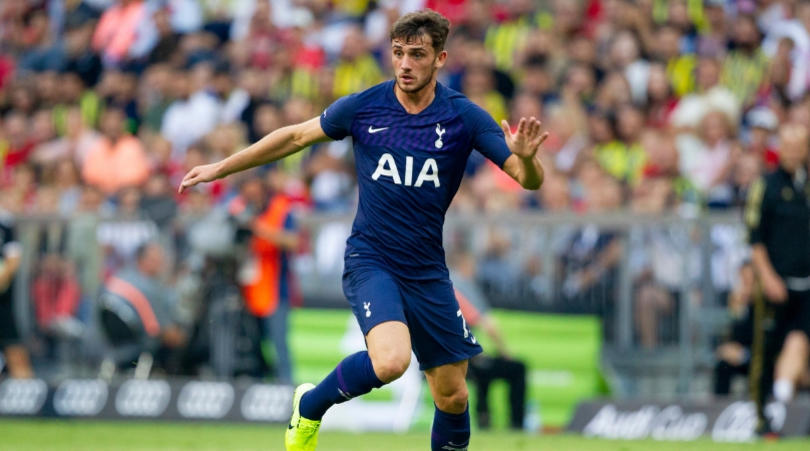 Tottenham Hotspur boss Jose Mourinho has spoken about the talented striker Troy Parrot and his missed penalty against Norwich in the FA Cup fifth round. He also said that people should understand that he needs time to develop and he was right when he said earlier that Parrot was not ready for the first-team action.

Jose Mourinho said “The penalty is nothing. He is a penalty taker in the U23s, he scores every one for them, He was so confident, he wanted to take one, he wanted to take the responsibility, it’s an experience in his career.  The problem is not his experience. The problem is the 30 minutes. Now people can see that he has to work a lot so don’t think that Parrott is the second Harry Kane because he’s just a young kid that needs to work. Let’s forget the penalty because we all miss the penalties, it was not Troy. I was so happy with what we did yesterday. Yesterday I was not worried about [him] scoring goals or not scoring goals. I was worried about attitude, what he does, the way the other kids look at him. He has to go there and to show his attitude and professionalism and how privileged he is. He cannot go there with discontent or contempt. I had exactly the same words with Scott McTominay. He was not loved in his group age, because he was not with the right frame of mind. The moment we started changing that, lots of things started changing for him. And every time he was going to the team, he was the best. He was the best in everything, the best in attitude, the best in character”

Spurs have been struggling with injuries for the last few weeks and with both Harry Kane & Heung Min Son out with injuries and Delle Alli not in form, pressure has been growing on the Portuguese manager to give Parrot a bigger role in the first team.

England and Tottenham Hotspur captain Harry Kane says only “something drastic” would ­prevent him from being fit for Euro 2020, as he targets a return for Tottenham early next month. The Spurs striker began outdoor training ahead of schedule last week, prompting his manager Jose Mourinho to speculate that he could be fit for the final “three, four or five” matches of the season, having suggested he could miss the remainder of the campaign and the Euros.

Harry Kane said ” In my head, I am definitely at the Euros, Unless something pretty drastic happens between now and then, I’ll be there. I’m still not back training with the first team, but I’m working hard in the gym, I’m getting stronger all the time. We’re talking a few more weeks, and I’ll be playing again. I don’t want to make a prediction for which game I might be back, but I am hoping somewhere between the start and the middle of April.”

Kane is one of the main hopes for England boss Gareth Southgate who will be hoping that he gets fully fit before the summer since he is also likely to be without Marcus Rashford for the tournament who has suffered back fracture and has been out of action for over a month now.

Tottenham and the FA have launched separate investigations into Eric Dier’s altercation with a supporter after Wednesday night’s FA Cup defeat to Norwich. Dier entered the stands in the aftermath of the defeat on penalties and scaled several rows of seats in an attempt to confront of the fan, who was said to have been abusing Dier and become involved with the player’s brother.

Jose Mourinho said ” Eric Dier did something that we professionals cannot do but in these circumstances every one of us would do. Because when somebody insults you and your family is there and you get involved with the person that is insulting you, in this case a younger brother, I think Eric did what we professionals we cannot do. But I repeat, probably everyone of us would do.”

The FA are investigating whether Dier broke any specific rules by entering the stands but, regardless, they could conclude that he has brought the game into disrepute and seek punishment.

Tottenham manager Jose Mourinho has said he will “speak to the club” about fielding a weakened team at Burnley this weekend in order to prioritise Tuesday’s Champions League last-16 second leg at RB Leipzig.

Jose Mourinho said ” In this moment I have to think about what’s next, To be honest, I have to speak with my club because I think some of these boys, to have a chance to fight Tuesday for a Champions League position, they just can’t play Saturday. I am really, really worried about playing in two days, Trying to give my boys a chance to go to Leipzig with a minimum of conditions to fight against a fresh team, a team with incredible solutions and options and rotations. I have to think about a Saturday match and a Tuesday match and try to decide which one is the priority and which one is the one where I can give some of my boys under huge fatigue the best possible chance. I have to say that Bergwijn, Lucas, Dele, all of them they told me, ‘I can’t carry on, I’m completely dead’, Other players on the pitch they were also in big trouble. For example [Giovani] Lo Celso was in big trouble and was absolutely phenomenal.”

Jose Mourinho has lost four matches in a row in all competitions now and after the FA Cup exit, the pressure will start to mount on him as many of the Spurs fans who were in support of the signing of the Portuguese manager necessarily believed that even though Mourinho’s style of football may not be as attractive as Pochettino, he is someone with a proven track record and will help the club finally land silverware.

#PremierLeagueStories @NorwichCityFC – #DanielFarke will cherish win over #JoseMourinho for years + #RalfFahrmann exit + #TimKrul shares penalty psychology ( and other Norwich City stories )
#PremierLeagueStories @NUFC – #SteveBruce Clashes with Reporter Over #AllanSaintMaximin Bust Up Story + #ValentinoLazaro backs #Joelington to come good soon ( and other Newcastle stories )
We use cookies on our website to give you the most relevant experience by remembering your preferences and repeat visits. By clicking “Accept”, you consent to the use of ALL the cookies.
Do not sell my personal information.
Cookie settingsACCEPT
Privacy & Cookies Policy