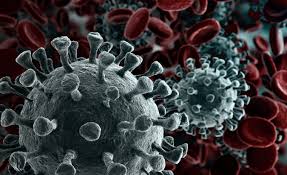 Southampton manager Ralph Hasenhuttl doesn’t think Saints have an issue defending against two strikers – but admits he could revert to a back five in future games.

Ralph Hasenhuttl said “No, because we’ve played teams with two strikers up top, but we just defended better and more aggressive. If you don’t do it then it’s easy. It was very easy for the other team to come in behind our line.With a back three it was better, and we have had some games this season where we have defended better with a back three. It’s not such an easy decision for the future. ”

Most of the success for the south coast side has under Hasenhuttl has come when they have played a 4-2-2-2 formation but injuries and opposition playing two strikers on top or a split forwards has meant that Saints have not been able to play their preferred formation for a while now.

Southampton has been taking measures to help tackle coronavirus and as a result, the manager Hassenhutl has instructed his players to not take any selfies with fans or anyone until further notice. Manager Ralph Hasenhuttl outlined the measures Saints are taking to prevent Covid-19, which originated in China, from spreading.

Ralph Hasenhuttl said “I still hope that this virus will still not be that big, but we must pay attention and not get too much panic about it. What you can do is keep your hands clean and try to avoid contact, selfies or autographs at the moment. We should let go to avoid contact and that means no more handshakes in the morning. We need to keep it from spreading but we also shouldn’t panic too much. There’s a ritual here that everybody shakes hands with everybody as soon as we see each other every morning – we’ve stopped that on the advice of the doctor.”

An Instagram post reply by Southampton captain Pierre-Emile Hojbjerg has prompted many Saints fans to think that their club captain is ready to sign a new deal at the club. His contract is expiring at the end of the 2021 season and ever since he has signed up with the super-agent Pini Zahavi, rumours have been rife about him moving on this summer with Tottenham Hotspur very much interested.

The club was congratulating their captain a few days ago on making 100 appearances for the club and he replied by saying “Let’s go for 100 more” which led fans to think that he still hasn’t given up on extending his stay on the south coast. The rumours are that the Ex Bayern Munich man wants to see where Southampton finish this season before deciding on whether to extend his contract. But his loyalty and work behind the scenes at the club hasn’t gone down and the player has been instrumental in bringing in Club’s new Director of Football Operations, Matt Crocker.

Saints’ striker Michael Obafemi is determined not to let the St Mary’s side’s setback against West Ham get in the way of their quest for a top-half finish. Despite the West Ham loss, Obafemi hopes they can return to winning way against Newcastle and make a push for the Europa League places.

Michael Obafemi said “It doesn’t matter where we get the wins or losses because, ultimately, we want to win and challenge for the European places. We are aware of the fixtures we have, and we know they aren’t going to be easy but we need to stay positive. (On West Ham loss) I’d say we were in control throughout the game but the long balls got away from us. We need to go back, rebuild and go again against Newcastle. it was good to get the goal and equalise, but it didn’t mean anything in the end.”

Saints are currently three points shy of 10th-place Arsenal but the Gunners have a game in hand over the south coast outfit.

#PremierLeagueStories @ChelseaFC – #FrankLampard admits #NGoloKante is missed most + #KepaArrizabalaga situation update( and other Chelsea stories )
#PremierLeagueStories @LCFC – #Leicester Announce Loss for the last Financial Year + #WilfredNdidi return + Details of Foxes £100 million training facility revealed ( and other Leicester City stories )
We use cookies on our website to give you the most relevant experience by remembering your preferences and repeat visits. By clicking “Accept”, you consent to the use of ALL the cookies.
Do not sell my personal information.
Cookie settingsACCEPT
Privacy & Cookies Policy