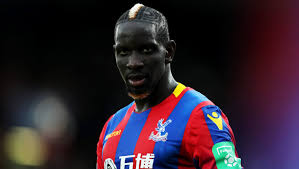 Crystal Palace full-back Joel Ward has given public backing to their 72 years old manager Roy Hodgson and said that all the players wanted him to stay and sign a new contract with the club.

Joel Ward said “The players are keen to see the manager stay and enjoy playing for him. You can see that from the results and the way we have played this season. I am pretty sure it is the highest points tally we have had in the premier league at this stage of the season, which we are delighted about. We want to continue to build and move forward and set our sights high.”

Joel Ward has been at the club for eight years now since he signed from Portsmouth back in 2012. He has played 18 times this season where Palace are 12th in the table just six points behind a Europa League spot.

Crystal Palace forward Wilfred Zaha has opened up about his off the field life and said that he has been portrayed very incorrectly by certain sections of media to the public eye.

Wilfred Zaha said “For some reason, I’m that pantomime villain that every club hates. Every team. We played against Colchester [United in the EFL Cup at Selhurst Park in August], I’ve never played against them before, I go on and I get booed. I’m thinking: ‘You don’t even know me, why are you booing me?’ Even Brighton, I got sent a video where they’re singing on a train: ‘Zaha’s got malaria.’ This is the stuff I get all of the time. We play against other teams and, for an hour, I’ve got the West Ham fans chanting: ‘Too shit for England!”

Zaha made his debut for Crystal Palace in 2009 and played for the South London club for three years before making a big move to Manchester United. He only made four appearances for them in two years before going on loan to Cardiff City and then moving back to Palace. He has been at Palace for the last six years now.

Crystal Palace defender Mamadou Sakho has described playing for France as his “Holy grail” and refused to give up on playing for his national side once again.

Mamadou Sakho said “The France national team is the Holy Grail for any player. When you’ve got the chance of being part of that team, it’s exceptional. Above that, it’s just sunshine. I had the chance to be a part of that. I still do. Before my injury I was called back twice. Don’t forget I’m only 30. It’s completely normal [to not give up] when you’re ambitious. I’ve always been like that and I always will be. I look at everyone in the eyes with my head held high and my chest out. When I have a goal, I work to get there”.

While it seems unlikely that Sakho will be called up for the 2020 Euros, he still has the chance if things go well for him at the club level to play at the 2022 world cup. He is just 30 now and consistence performances for Palace may make Deschamps give him another chance with the national team.

Roy Hodgson is delighted with the value Crystal Palace to have gained from signing Jordan Ayew, following another goalscoring, game-winning performance from the Ghanaian striker.

Roy Hodgosn said “He’s scored a large proportion of our goals and he’s still contributing to the team in so many other ways. His contribution without goals is enormous. That workrate, that desire, that constant thorn in the opposing team’s defence. And also when we lose the ball, he’s so quick to get back in position and help us out defensively which is something you need and it’s contributed to our last two clean sheets. last year he didn’t score many goals, and that was something that bothered him and was a factor for us. Are we going to get the goals out of him that we need? And that’s what he’s started to do this year.”

Ayew scored the only goal of the match against Brighton as Palace picked up three crucial points in a match where Brighton had 67% possession and had eight goals on target compared to three from Palace.

#PremierLeagueStories @Everton – #CarloAncelotti orders his backroom staff to learn English + #Brazil #Richarlison shares secrets of his fitness ( and other Everton stories )
#PremierLeagueStories @ChelseaFC – #FrankLampard admits #NGoloKante is missed most + #KepaArrizabalaga situation update( and other Chelsea stories )
We use cookies on our website to give you the most relevant experience by remembering your preferences and repeat visits. By clicking “Accept”, you consent to the use of ALL the cookies.
Do not sell my personal information.
Cookie settingsACCEPT
Privacy & Cookies Policy