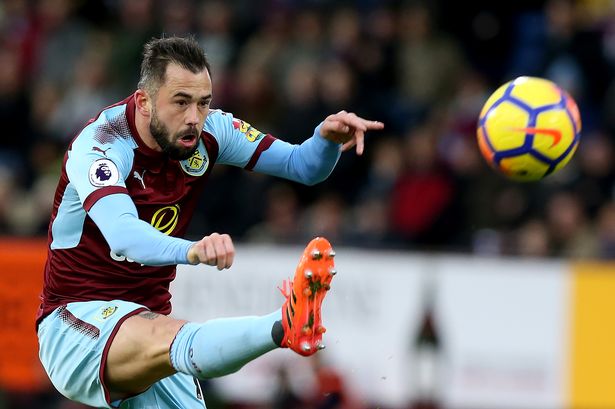 Sean Dyche feels vindicated by his insistence that Burnley were close to turning the corner, ahead of their stunning return to form.Victories over Leicester City, Manchester United and Southampton, along with the home draw against Arsenal, followed on from a run of four league defeats around the festive period that stalled the Clarets’ progress.

Sean Dyche said “I try to speak honestly and the facts are, when things weren’t going so well, I said we weren’t a million miles away. People can question that because they can get blinded by results – we all do that at times – but I didn’t think we were a million miles away from delivering the details that you need. That’s all that was missing in those four games, and it’s not easy to get everything right in a game. More often that not, we’ve been making good, rather than bad decisions and certainly we’ve done that over the last four games. Now we have to keep the focus in both boxes, because that’s where games are won and lost, but more generally in our performance. If we do that, we’ll enhance our chances and I’ve drummed that into the players.”

Dyche, who welcomes Icelandic winger Johann Berg Gudmunsson back to the squad following six weeks out with a hamstring injury have a kick off game against AFC Bournemouth at Turf Moore.

Steven Defour opened up on his relationship with the Burnley fans and his injury woes. The Sean Dyche Turf tenure has led to a host of highs and a plethora of players who have made their mark on the club, the likes of Tom Heaton and Kieran Trippier. But Defour’s name evokes adjectives that almost seem to only apply to him – gifted, graceful, glorious. When the Belgian terminated his Burnley contract by mutual consent to return to his homeland there was an outpouring of gratitude from Clarets fans.

Steven Defour  said “I adored them and they adored me and it was a fantastic period for me in my career. I loved playing for the fans, so not being able to do that again was difficult. Burnley didn’t tell me to go away. I didn’t ask to go away. We realised the agreement was the best for both of us. It was good to come back [to Belgium]. All the circumstances came together at one time, which is why it happened so quickly. If I was fit and ready to play for Burnley. I would have stayed in Burnley, so it wouldn’t have been a question. Ideally, I would still be there. It was a really difficult one because I was happy at Burnley but the problem with the injury and then family and personal situations changed, and with my contract as well. The gaffer spoke to me about everything and it was a normal conversation. He asked me, ‘Would it help for you to go back to Belgium to the medical guys who you trust injury-wise and back close to your family?“

The 31-year-old suffered with injuries during his time at the club with knee and calf problems causing him to miss match after match. The midfielder and Dyche arrived at the decision to part ways, with personal circumstances also playing a part.

Ashley Barnes and Chris Wood started the season but injuries have forced a shake-up of Burnley’s frontline. With Wood doubtful for visit of AFC Bournemouth, the  is in line for his first Premier League start since November 2018.

Sean Dyche said “The thing with strikers… they go in and out of those spells when they haven’t scored and they get one and then they get three.  There is a thing in strikers where often that happens, and it would be lovely if it does of course. If he plays on Saturday it would be lovely if he pops up again. But I think part of a striker’s role is that focus to keep doing the right things all the time, and if you keep doing that, don’t be surprised when it goes well for you. We don’t have to radically change, we still want to mix the game up, mix the play, there are varying forms of that. A lot of strikers I’ve played with and worked with often find their way, and if you prompt them too much, it often takes them off their style. I think we guide them enough, but equally step away enough to leave them to go and play. For example, last week, I said to Vyds ‘just go and play’. There was no ‘do this, do that’. ‘Just go and be active, go and play, play your natural game.’ And I thought he did. This week there’s been a little bit more guidance, but not too much.”

Despite his lengthy absence from the 11, Dyche hopes the former Watford man can use his starring role against the Saints as a springboard. Dyche also noted that their training methods mean that although the four strikers’ individual styles vary, the team function is largely unaffected by changes up front.

With Burnley back in contention for a second top 10 finish in three seasons in the Premier League, midfielder Ashley Westwood believes that the only way is up. Depending on the outcome of Manchester City’s appeal to the court of arbitration for sport – following the European ban that was imposed on the club – the Clarets could even be left challenging for a place in the Europa League.

Ashley Westwood said “We’ve been on a great run recently on the back of three tough games. It was a big one today and we knew if we could win it we could start looking up again. That’s what we’re going to do now. We won’t get too carried away, but we are looking up. We thoroughly enjoyed the last Europa League run we went on, though it wasn’t meant to be, and if we can get there again it would be some achievement. When we’re on a run like this we’re a difficult team to stop. You’ve got the likes of Vyds coming off the bench and I’m absolutely made up for him. He’s had to bide his time, but he hits class strikes like that in training. It’s no surprise to us and we’re absolutely delighted for him.”

Having accumulated 10 points from the last four games, Sean Dyche’s men are now closer to the top four than they are to the bottom three.