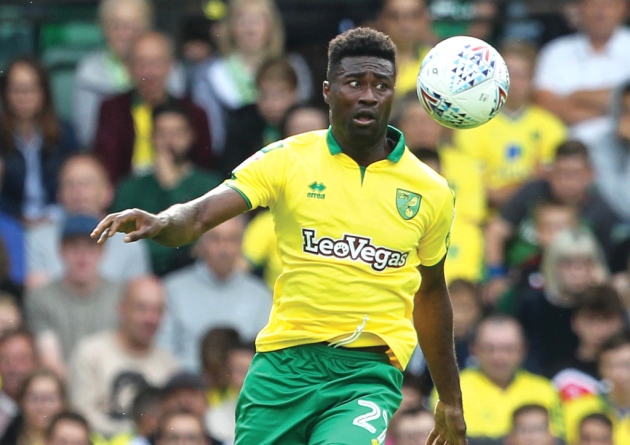 Alex Tettey’s stay at Norwich City will move one year closer to getting a testimonial at the club as the Canaries’ longest-serving current player has just signed a one year deal to keep him at the club for his ninth season.

Alex Tetley said “It’s massive for me, It feels so good to be in Norwich and my family are happy. When my family is happy, I’m happy. I have been for many years since I’ve been here, so it’s nothing new to me, but it’s a very big and positive thing for me. I do give advice whenever it’s necessary, but you don’t want to be on the young players all the time because you have to give them some room to grow and learn themselves. All the senior guys do give advice. There have been a few ups and downs throughout my time, but Wembley (in 2015) was a standout moment, as was winning the Championship trophy in 2019. They were huge.”

Tetley has won two promotions with the club and has played 228 times for the club. He was signed from Rennes in 2012 in a deal around £3 million and now he is on the verge of moving into the club’s all-time top 50 appearance makers, just four short to go level with Malky Mackay and Martin Peters.

Following the postponement of the Manchester City v West Ham match last weekend due to the Storm Ciara that hit the UK, this weekend’s Norwich v Liverpool match could also be called off as Storm Dennis prepares to batter the UK. The worst of the weather is set to hit the UK on Saturday morning thus Leicester v Wolves is likely to go ahead but the match at Carrow Road is a Saturday lunchtime kickoff with a high chance of getting called off.

Norwich has picked up four points in the last two games and a postponement may turn out to be a blessing for them if the rescheduled match is arranged during a time where Liverpool are close to playing a champions league game which may result in some of the big guns being rested. Norwich is still seven points from safety and currently sit bottom of the table.

Norwich head coach Daniel Farke has revealed that he does not expect to win games in the Premier League. And his rationale behind the argument is that the club can not afford expensive players to bolster the quality of the squad.

Daniel Farke said “We can’t expect wins because we don’t bring in £10m or £20m players. If we did then we could be a bit more strict. We simply have to back our players, back our young lads and that is what we are trying to do. That is our way.”

Norwich had just spent £3.65 million in the summer transfer window and have relied on youth products throughout the campaign. Ben Godfrey, Jamal Lewis, Max Aarons, Todd Cantwell and Adam Idah have all been a key component of the side.

Daniel Farke also revealed how Alex Tettey was “always angry” when he didn’t play him in every game and showed his delight that he has signed a one-year extension with the club,

Daniel Farke said “Alex is a bit like a good red wine, The older he gets, the better he gets. When I arrived, there was a thought that with both he and Wes Hoolahan over 30, Wes would be available for the home games and Alex for the away games to share the load. People thought Alex had to do one or two sessions less than the others because of his age, but I got the feeling he’s doing one or two more than all the others per week. He’s always angry when I don’t allow him to have three games in seven days, so that says a lot about his development. We’re totally delighted and happy that Alex has committed himself to be a part of our group.”

With Norwich almost certain to take the drop into the championship this year, it will be interesting to see if Tetley decides to see out his contract or opts to move away from the club with a return to his first club Rosenborg very much on the cards.