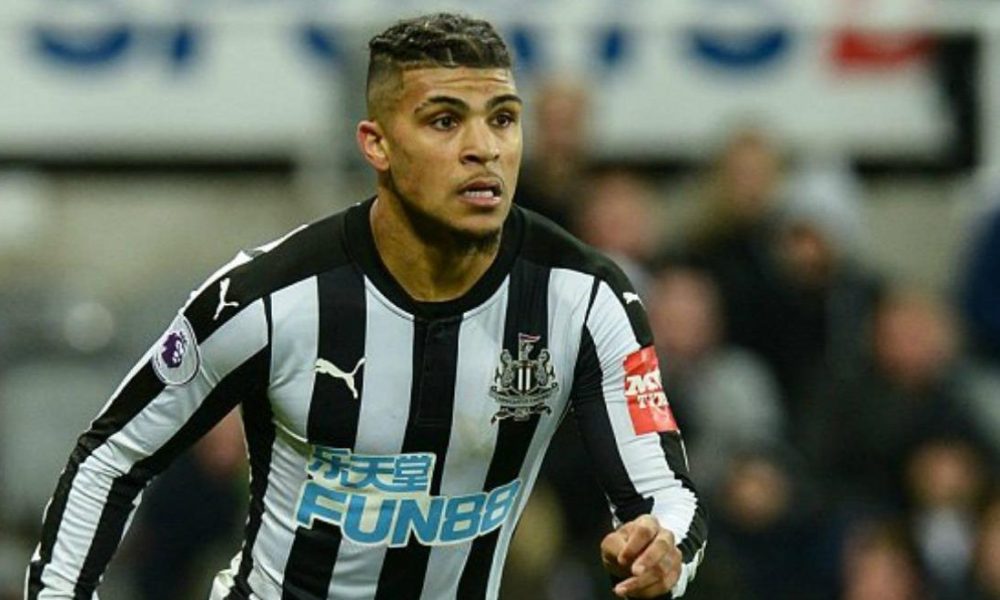 DeAndre Yedlin feels that Newcastle United have had a pretty good year but has also called upon the team to put their pedal to the metal in the final weeks of the campaign. He was also delighted to sign off for the winter break with an FA cup win over Oxford and now wants to focus on the upcoming match against Arsenal in the premier league.

DeAndre Yedlin said “We’re hitting the final stretch. Hopefully we can go on a nice run now and shoot as high up the table as we can. We can’t take our foot off the pedal at all, I think it’s been a pretty good year but it can be better if we just concentrate on getting as many points as we can between now and the end of the season and go on a little run in the Cup and see where we can go from here. (Speaking on new signings) I just feel they’ll bring more experience. You can never have enough experience. Danny (Rose) – we all know what he can do. Nabil (Bentaleb) was one of the best players at Tottenham when I was there and he’s had his time at Schalke, Valentino was at Inter Milan and has played with some great players and has learned from the best. The experience they’ll add will be great for us.”

Newcastle United are 12th in the table, tied with Arsenal at 31 points and can go into the top 10 in the table if they pick up all three points in their clash after the winter break.

Unlike Jurgen Klopp, Steve Bruce stopped short of boycotting Newcastle United’s recent FA cup replay against Oxford United but he did admit that he wanted to give his players a long time off and because of the replay decided to not take his players away for a warm-weather training camp.

Steve Bruce said “It’s not as long as I’d like to give them but they will still have four or five days. It’s a long weekend, it’s better than nothing. It’s what we got for not winning the first game against Oxford. There have been times where I wanted to freshen the team up, but the break will do us all good. I hope to have them all back for Arsenal.

Bruce had closed down Newcastle United’s training ground from Tuesday and gave the players the whole week off on their own before asking everyone to report back in the middle of the next week for the trip to Arsenal.

Valentino Lazaro’s agent, Max Hagmayr, has praised Steve Bruce and Lee Charnley for their roles in bringing his client to the club but he also admitted that Newcastle’s head of recruitment Steve Nickson was the biggest influence in getting the former Inter Milan star to the Tyneside.

Steve Bruce said “It was how Steve Nickson introduced the club and how they made the decision to go for Valentino, He was very well-prepared. They were checking Valentino and this gives you a good feeling. Not only that they like the player and they want him but they made the decision for him and that made him feel safe after the six months at Inter. We also had very good talks with RB Leipzig and other clubs but we decided to go to Newcastle because Steve Bruce gave the boy a very good feeling and the talks and negotiations with Lee Charnley were good.”

Nickson was also the man credited with the £40 million signings of Joelington in the summer. Although the Brazilian is yet to justify the high price for his services, Nickson’s behind the scene work in that deal was also one of the reasons a struggling club with no manager and uncertain ownership could attract top talent like him to the club.

Arguably the best player for Newcastle United this season, Allan Saint-Maximin has admitted that he feels much better ahead of the trip to Arsenal after having recovered fully from his injury.

Allan Saint-Maximin said “I feel much better, I’ve been injured two times. You know hamstrings are really difficult, because I use my pace to run. I run a lot, strong sprints, and I have to be careful. I keep going, I keep working, and now I feel much better.”

The French player joined the tyne side from Nice this summer and has played 16 matches so far. He missed the entire festive period due to injury but returned in the win against Chelsea in the middle of January. Saint-Maximin hasn’t been at his best since returning, although he scored a great solo goal which helped Newcastle progress to fifth round in the FA cup.

#PremierLeagueStories @THFC – #TottenhamHotspur have issues with “Yid” + #JoseMourinho bald again , is that another swipe at #PepGuardiola ( and other Tottenham Hotspur stories )
#PremierLeagueStories @NCFC – #AlexTettey testimonial postponed + Will #NorwichCity game get postponed? + #DanielFarke reveals cheap players cause of poor performance ( and other Norwich City stories )
We use cookies on our website to give you the most relevant experience by remembering your preferences and repeat visits. By clicking “Accept”, you consent to the use of ALL the cookies.
Do not sell my personal information.
Cookie settingsACCEPT
Privacy & Cookies Policy