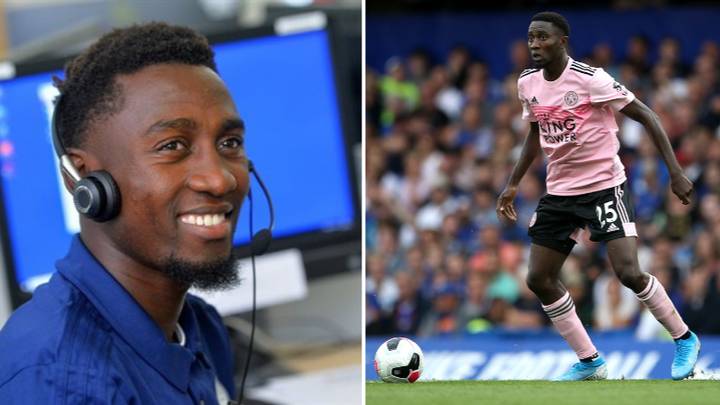 Leicester City midfielder Wilfred Ndidi has credited his manager, Brendan Rodgers, for improvement in his game. He admits that he has a better understanding of the game under the former Liverpool and Celtic coach.

Wilfred Ndidi said “I’ve said this before and I’ll say it again, what I know now, if I’d have known it when I was growing up, I’d have been a better player. I’m grateful to the manager for everything he’s installed in us, My understanding of the game is much better now. I see the game differently to what I used to. I learned from other managers as well so no disrespect to them, but this manager has made me understand more about the game, like the space available on the pitch. I feel like I’ve really improved since I first joined Leicester. [Rodgers has given me] the belief and understanding. That makes it easier when you find yourself in situations on the pitch. He’s made me understand the role I play and now it’s a case of developing from there. When I came to Leicester, I didn’t have much of the ball but now I find myself in situations where I have more time with the ball. That comes from the teaching and the understanding that the manager has given us.”

Ndidi has made 26 appearances this season across all competitions, helping the club climb to third in the premier league table and reaching the semi-finals of the league cup.

Brendan Rodgers has revealed his club’s winter break plans. He said he and his players will enjoy a well-earned rest during the winter break.

Brendan Rodgers said “They’ll be off now and we’ll give them a clear run through until next weekend so they can have a rest, physically and mentally, and recover from all the exertions of the season so far, We’ll be back in again next Sunday and be ready for a game on Friday night [at Wolves]. All players, over the Christmas period until now, have been running on empty. Now is the chance for them to not train – they’ll do some training while they’re away, they’ll get a programme to do – but to physically and mentally recover, that’s important. It breaks the cycle, that’s why at times in the season you go away to different places to train, with the sun or whatever. The players have physically put so much in over the period. For managers, it’s the same, you need to go away and recover a bit from the pressures, come back and be revitalised and ready to make the final push.

Leicester drew 2-2 with Chelsea before the winter break and will take on Wolves on Saturday, 15th February this weekend.

Once described as the “vampire kangaroo” and accused of “feasting on Britain’s creaking infrastructure” and creating a web of tax havens subsidiaries to avoid paying tax in the UK, Macquarie Group Limited is becoming a big financial partner of the Leicester City football club now. They have been extending sizeable loans to the club against future TV earnings, a very dubious arrangement for finance.

Basically Leicester along with other clubs like Wolves, Bournemouth, Crystal Palace and Sheffield United have been borrowing money from the investment group against future earnings and in return are transferring future payment rights to the group for their player sales. For example. Leicester City sold Riyad Mahrez to Manchester City in 2018, a deal for which they are due to receive £36 million in July 2020. Leicester has borrowed finance from Macquarie against these future payments that they are going to receive, effectively handing over the rights to them.

This is the sixth time in the last three years that Leicester has borrowed from the group which is known as “transfer factoring” in football. This is a way for clubs to compete in the transfer market and deal with spiralling wage bills. But with interest rates of above 6-7%, there are clear dangers in such deals.

Leicester City is “way ahead” of expectations but that doesn’t mean that they are going to “settle” for anything lower then what they want this season, manager Brendan Rodgers has said.

Brendan Rodgers said “We’re way ahead [of expectations] if you think the team has finished ninth the past two seasons, The level they have played at, the consistency, and some of the football they have played has been absolutely brilliant. From the start of the season we were nowhere near the budget levels of the top six teams, we were classed in a group along with West Ham, Everton and Wolves as possible teams who could maybe break into the top six. All the trends have shown the gap between six and seventh was getting bigger. For us to have achieved with the group of young players that we have, I think it’s remarkable what the players have done to this point.”

With 13 games remaining in the league, Leicester is odds on to finish in the champions league spots, sitting third in the premier league table with a ten-point plus cushion to the fifth spot.

#PremierLeagueStories @SouthamptonFC – #Japan #MayaYoshida says no one saw his exit coming + #RalphHasenhuttl confirms #KevinDanso will get more playing time ( and other Southampton stories )
#PremierLeagueStories @THFC – #TottenhamHotspur have issues with “Yid” + #JoseMourinho bald again , is that another swipe at #PepGuardiola ( and other Tottenham Hotspur stories )