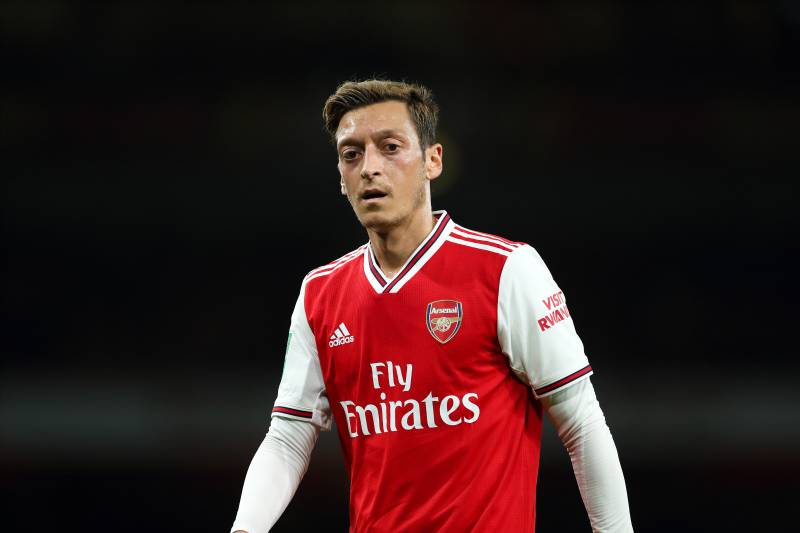 Unai Emery provided insight to attitude of Arsenal ‘stars’ who asked for more than they gave during Unai Emery’s tenure. Unai Emery felt Arsenal was “on a downward slope for two years” prior to his arrival and slammed the attitude of star men during his time with the Gunners. Emery was sacked last November after just 18 months in charge at the Emirates Stadium following the London club’s worst winless run since 1992.

Unai Emery  said “Arsenal was a club on a downward slope for two years when I arrived. We stopped that slide and even started to straighten the club out with a Europa League final and fifth place in the league, only one place behind Tottenham, even though we only took one point in the last five games. We had Champions League qualification in our hands and it went wrong at the end. But it was a good season and we had the idea to continue this progress. But we lost our four captains: [Laurent] Koscielny, [Petr] Cech, [Aaron] Ramsey and [Nacho] Monreal. We were missing personalities for this season to stay on track, and some stars did not have the right attitude and asked for more than they gave. Considering all that, it would have taken more time to transition successfully into the new Arsenal that I wanted.”

The former Paris Saint-Germain boss insisted he stopped the rot after replacing Arsene Wenger, but believed the attitude of some key men left a lot to be desired. Emery felt he would have made Arsenal a force if he was given more time in the role.

Arsenal duo Mesut Ozil and Alexandre Lacazette have backed the tactical changes implemented by new head coach Mikel Arteta to come good, despite the club’s indifferent results since his appointment.

Mesut Ozil said “As a team, we are much happier and everyone wants to give everything for this club,” Ozil said at ​Arsenal’s warm-weather training camp in Dubai. “Especially tactically we improve a lot and I hope in the future we will be more successful.”

Alexandre Lacazette said “We are more together now. The way we think as well on the pitch and outside the pitch. Tactically we are better and we’re going to see a big improvement in the next few weeks.”

Mikel Arteta said “With Pablo a little bit more than Cedric, but we have to go step by step. He is a new player and I am sure he is very excited and wants to prove everything in three days, so we have to manage him wisely.”

There used to be a time where a new signing would get the fans excited and would get thrown straight into the starting line up for their new side.Now it seems to be a process of late substitute appearances and then an unimportant cup game or an international break to get them acclimatised before they see any real action, so you never quite know when someone will break into the team.

#PremierLeagueStories @AVFCOfficial – #TomHeaton horrific Injury update + #JoseMourinho proud of #JohnTerry ( and other Aston Villa stories )
#PremierLeagueStories @BurnleyOfficial – #SeanDyche calm about player contracts, #MaceGoodridge and #CharlieTaylor happy at club ( and other Burnley stories )
We use cookies on our website to give you the most relevant experience by remembering your preferences and repeat visits. By clicking “Accept”, you consent to the use of ALL the cookies.
Do not sell my personal information.
Cookie settingsACCEPT
Privacy & Cookies Policy