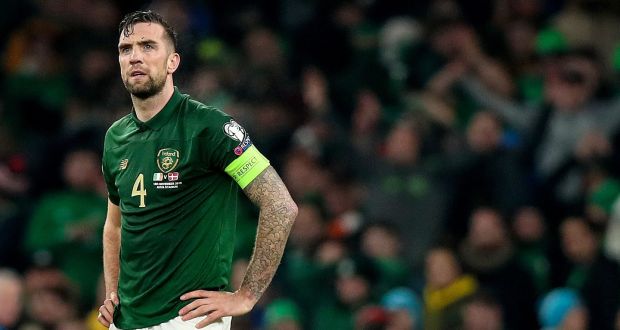 Brighton manager Graham Potter was extremely proud of his side’s character after a late goal helped the seagulls to rescue a point against Watford. The result helped Brighton to move to 15th in the table, three points above the relegation zone. Brighton boss was asked about his team’s ability to dig deep and grind out results,

Graham Potter said “That’s really important. That’s why i’m really proud of them today because when you go behind, especially at home, and in the importance of the game, things get edgy and nervy and that’s understandable. But that makes it even more challenging for us because we’re the ones who have to try and find the answers, and create something and score. (I’m) delighted with the character of the players and the spirit that they showed and even though we’re disappointed with two points in the last two games, there’s a lot to be really, really happy with. You’ve got to find the answers, you’ve got to take the challange. The environment is changing and then you’ve got to break down a team that defends well, that has got bodies deep and also offers counter-attcak threat so i thought we did really well.”

The south coast side was travelling away to Sheffield United in their next match before facing Crystal Palace at home. A match that is likely to have ramifications at the bottom of the table.

Brighton and Hove Albion striker Glenn Murray was extremely delighted to have signed a one-year extension to his contract and also admitted that he wasn’t aware of any interest from Manchester United on the deadline day for a short term deal.

Glenn Murray said “Obviously I want to play more football and the club appreciated that. But they offered me a deal and I’m just glad to extend my stay at the club, and just prolong my career in the game to be honest. The manager has made me feel wanted and all I can do is give my all for the club. I’m ready to do that. We’ve been here and we know what we need to do to stay up. Having me upfront gives us the option to put a few more balls in the box and perhaps go a bit longer. It’s not quite as pretty but hopefully just as effective.”

When asked about a deadline day interest from Manchester United,

Glenn Murray said “Not really to be honest. I’ve seen the story, but I haven’t heard much about it. I just let my agent deal with all that and I just try and concentrate on what I’ve got to do.”

Murray had spent four seasons with the club in league one before making a move to Crystal Palace in 2011. He came back to Brighton in 2016 and helped them get a promotion to the premier league. He has scored 111 goals for the club in 281 appearances.

Graham Potter has vowed to deal with the “tough times” and aims to lead the club to safety this season. Potter says he has experienced testing times before with Ostersunds in Sweden. He is ready to deal with the pressure of a battle for Premier League survival.

Graham Potter said “I’ve had times certainly in my third season in Sweden when we were looking down more than up. I have had that experience of what stage you are at in terms of the building process. I’d love to be winning more games and everything is great but the reality of out job is it’s not always like that. If i can’t deal with the tough times and the struggle, i shouldn’t be here. I wouldn’t say we are in a horrendous position and again it depends where your bar is and where your reality of where Brighton should be is.”

Potter joined Brighton at the start of the year from Swansea and had signed a four-year deal. He had been the manager at Swedish side, Ostersund from 2010 to 2018.

Shane Duffy believes the return of Solly March and Dan Burn will be important to Albion as the season reaches its climax. March produced a man of the match performance in his first Premier League start since November while Burn played for an hour after recovering from a broken collar bone in Saturday’s 1-1 draw against Watford at the Amex.

Shane Duffy said “We need everyone fit and Solly is another player who on his day can be the best player at the club – he knows his talent and potential and so do we. If you give him a run of games – and he hasn’t had that in a while because of his injury – his potential is there. We just need him firing but he was good on Saturday. We missed Dan a bit. Bernardo has done well, but Dan gives us something different and it was good to see him back out there. They are important players for us going forward. Everyone is coming back to fitness now and that’s what we need. We’ve got the break so we can take our minds off things and have a breather for a few days but we’re looking forward to Sheffield United away in a couple of weeks.”

Brighton has still not won a league match this year but Duffy insisted that the draws picked up against West Ham and Watford from losing positions proves that the atmosphere at the club is very positive.

#PremierLeagueStories @SheffieldUnited – Will @DeanHenderson replace #DavidDeGea, #ChrisWilder is not liking #WinterBreak ( and other Sheffield United stories )
#PremierLeagueStories @afcbournemouth – #AaronRamsdale turnaround after loan spell, #EddieHowe disappointment ( and other Bournemouth stories )
We use cookies on our website to give you the most relevant experience by remembering your preferences and repeat visits. By clicking “Accept”, you consent to the use of ALL the cookies.
Do not sell my personal information.
Cookie settingsACCEPT
Privacy & Cookies Policy