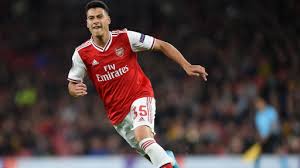 #PremierLeagueStories @BurnleyOfficial – #CharlieTaylor rues wasting opportunity to win against Arsenal and #SeanDyche believes the turnaround of Burnley from relegation form is complete
#PremierLeagueStories @AVFCOfficial – New signing #Tanzania #MbwanaSamatta issues message to fans to not criticize his team mates ( And other stories )
%d bloggers like this: