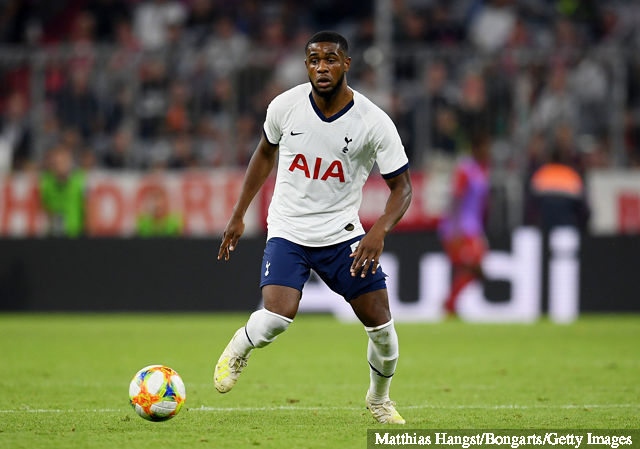 Netherlands winger Steven Bergwijn became the latest addition to Tottenham’s rebuilt midfield under Jose Mourinho after completing his move from PSV Eindhoven on Wednesday. Steven Bergwijn, who signed a deal through 2025 for an undisclosed fee, can play on either wing and has played nine times for the Netherlands, having made his international debut in October 2018.

Steven Bergwijn said “The Premier League, that is the highest achievable [league] for every football player. Yes, this is certainly a dream come true. It also feels like the right time to take this step. I have always looked up to a top coach like Mourinho. And now I’m going to play for him. It’s great to be here. Just look at the facilities around us. When I play FIFA on the PlayStation, I almost always choose a team from the Premier League. I look forward to playing in that great atmosphere.”

Tottenham has already signed Gedson Fernandes on an 18-month loan deal from Benfica and also made fellow central midfielder Giovani Lo Celso a permanent signing on Tuesday, after the Argentina international initially joined on loan in the offseason.

Six months after securing Giovani Lo Celso from Real Betis on a six month loan with an option to purchase, Tottenham Hotspur have made him a permanent member of the team, announcing that they have signed him on a long term contract through the 2025 season.

Tottenham Hotspur club said “Gio has signed a contract with the club until 2025. The midfielder has produced impressive performances after establishing himself in the team following a hip injury which restricted his playing time in the early part of his loan at the club. A former player at Rosario Central and Paris Saint-Germain, Giovani has appeared in 20 games for us so far in all competitions and registered two goals, including netting the first FA Cup goal at our new stadium against Middlesbrough earlier this month.”

A former player at Rosario Central and Paris Saint-Germain, Giovani has appeared in 20 games for Tottenham so far in all competitions and registered two goals, including netting the first FA Cup goal at our new stadium against Middlesbrough earlier this month.

Giovani Lo Celso said “I’m really excited to officialize [sic] my contract with Spurs and truly grateful to keep on representing this club. Thanks to everyone who makes club going , and especially to the fans for the support they have given to me”

Giovani Lo Celso had a rough start to life at Spurs — he signed late, had a hip injury that kept him sidelined for two crucial months, and it took a while for him to adapt to his new team and life in England. But since Jose Mourinho’s appointment and certainly in the past four or five matches he’s shown the quality that led Spurs to value him so highly that they made him one of three summer signings.

Tottenham have lost two homegrown full-backs but questions are now whether they be replaced before the transfer window closes.  Academy product Kyle Walker-Peters joined Southampton on loan, bringing to an end a long period as an unused back-up to the club’s first choice right-backs. On the other side, Danny Rose, who joined Spurs as a 16-year-old from Leeds United, sealed a loan move to Newcastle United after finding himself out of Jose Mourinho’s first choice plans.

Tottenham would look to replace in kind as they are currently at the limits of the foreign player rules for their Champions League squad. Spurs may wait until the summer is the emergence of the versatile and speedy Japhet Tanganga.

Jose Mourinho said “Japhet is not a left-back but is very solid and very concentrated and very difficult for him to make a mistake, even when playing against opposition in a position that is not his position”

Spurs had originally planned to buy a replacement for Kyle Walker-Peters, but that is now a task they could hold off until the summer thanks to Tanganga, even better as a homegrown box ticked in the squad. The same goes for Danny Rose’s departure, with Ben Davies now in the final stages of his rehabilitation and set to rejoin the group, with Tanganga, Sessegnon and Jan Vertonghen all able to do the job. Another academy teenager, left-back Dennis Cirkin, made his first appearance on the bench against Middlesbrough and has impressed Mourinho in training.

#PremierLeagueStories @NorwichCityFC – Will #MarioVrancic and #MelvinSitti be the players to perform #DanielFarke ‘s miracle survival ??
#PremierLeagueStories @ManUtd – #Ole Gunnar Solskjaer explains the most bizarre transfer of #odionighalo and other stories
We use cookies on our website to give you the most relevant experience by remembering your preferences and repeat visits. By clicking “Accept”, you consent to the use of ALL the cookies.
Do not sell my personal information.
Cookie settingsACCEPT
Privacy & Cookies Policy